A range of more serious stories on the front page of this week’s Westmorland Gazette, but tucked away just inside was a gem to bring delight to the heart of any cartoonist. The World of Beatrix Potter visitor attraction, at The Old Laundry in Bowness-on-Windermere, has decided to develop their own kitchen garden, called - naturally enough - The Peter Rabbit Garden. Produce will appear in their café and they hope it will stimulate children’s interest in eating well. However, they have decided to put up a fence to ensure that pesky wabbit doesn’t get in.
These were my first four rough sketches. You can see the cartoon chosen either in the newspaper or on my site. 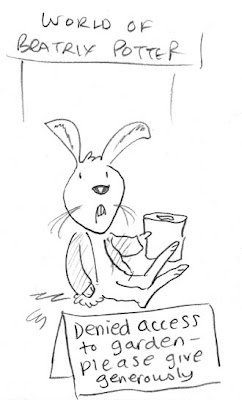 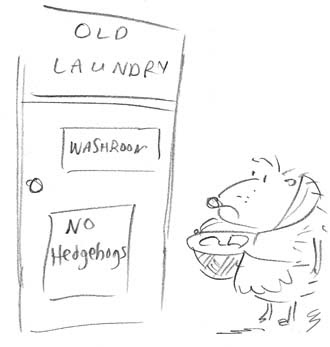 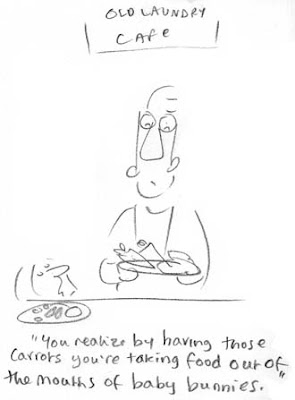 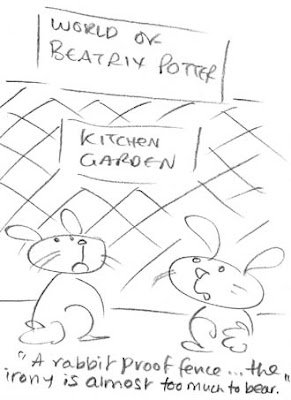 The mountain rescue service is in the news again, locally. As a charity, they can’t reclaim VAT on the equipment they buy (despite the fact that the Royal National Lifeboat Institute can reclaim VAT on their gear). Gordon Brown, however, has decided that he will waive VAT on the Haiti earthquake charity single, produced by Simon Cowell.
Charity, earthquakes, Haiti … clearly this is awkward territory to be tiptoed across with the most delicate of sensitivities. Oh wait, I just remembered; I’m a cartoonist.
Here are the sketches for this week’s Westmorland Gazette cartoon. The final version is already up on my site. 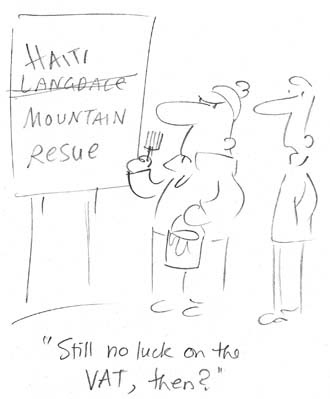 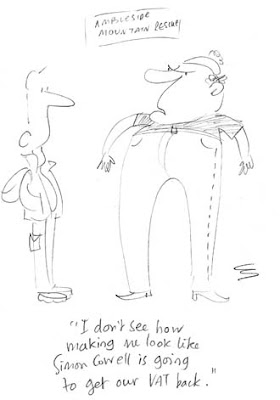 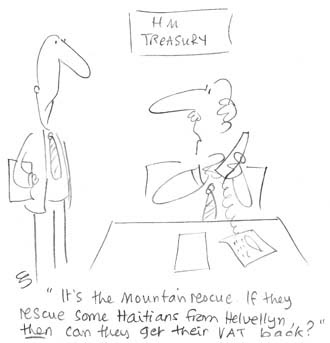 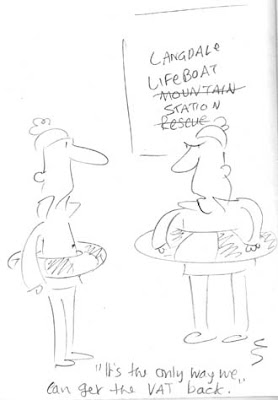 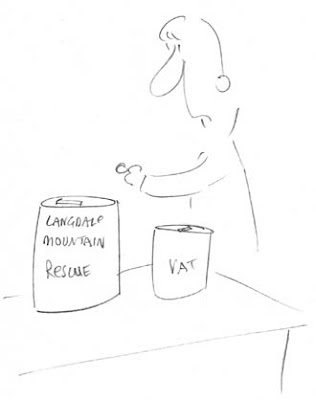 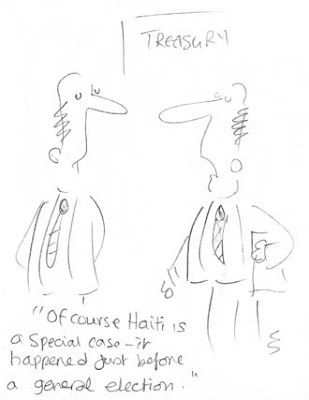 Posted by Colin Shelbourn at 11:56 No comments:

The hills are alive

This week’s Westmorland Gazette features two stories which caught my eye (mostly the left one). The old K-Shoes factory is being revamped as a sort-of out-of-town-ish shopping complex called K-Village. This is rather worrying for those businesses in the centre of Kendal that sell actually new things instead of recycling cast-offs for charity.
The other story involved Pamela Anderson. Yes, the one from Baywatch, seminal Saturday tea time television series of the 1990s. She has been appearing in Aladdin in London and is apparently so struck by the UK she wants to buy a home here. Possibly overlooking Morecambe Bay.
I refuse to believe this is anything other than tawdry tabloid speculation but as cartoon fodder, it has an irresistible allure. The question was … could I resist the obvious couple of jokes?
No. 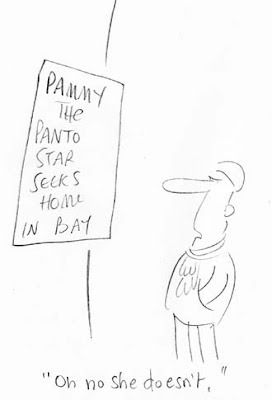 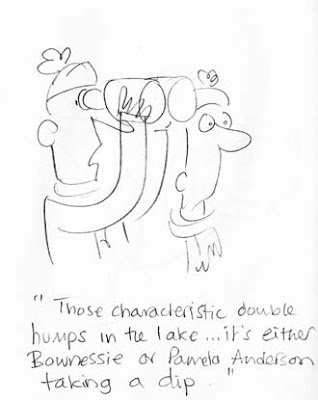 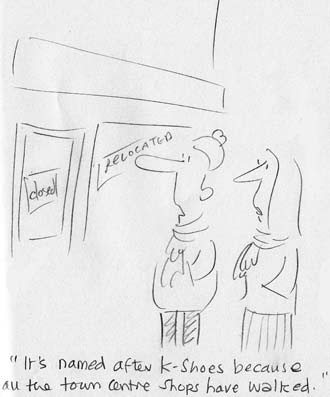 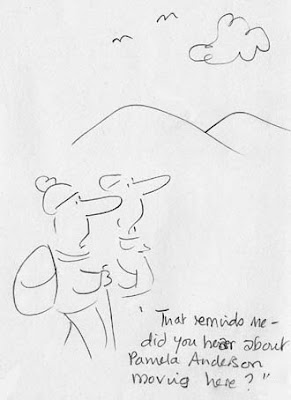 The finished cartoon will, as ever, be on the front page of the Gazette on Thursday or on my site around the same time (in glorious Crayon-o-rama).
Posted by Colin Shelbourn at 20:34 3 comments: