This week's Westmorland Gazette front page featured a campaign to reduce the speed limit in Kendal to 20 mph. I can imagine Jeremy Clarkson's blood pressure as I type. One of my twitter followers suggested it was quite hard to drive at that speed and might be dangerous. Possibly he might need further driving lessons (or some).

The other thrilling story to land on the cartoon desk is that Cumbria is to become BOWLS CAPITAL OF THE WORLD! A National group called the Bowls Development Alliance is set to increase nationwide participation in the sport, through a rigorous regime of military conscription and enforced deportation of anyone who refuses to play. (I may have got some of the details wrong as I fell asleep whilst reading the story.)

And it is the end of the year. I thought I could sum that up in a cartoon. Sadly, as you can see from the final color version, it wasn't the one chosen. Do you think the editor chose the right cartoon for the front page? Feel free to comment below. 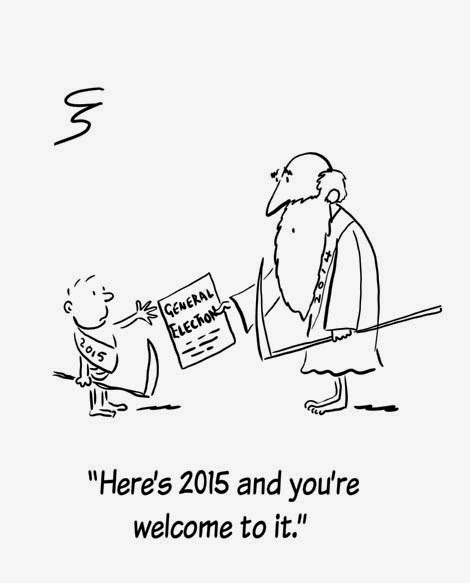 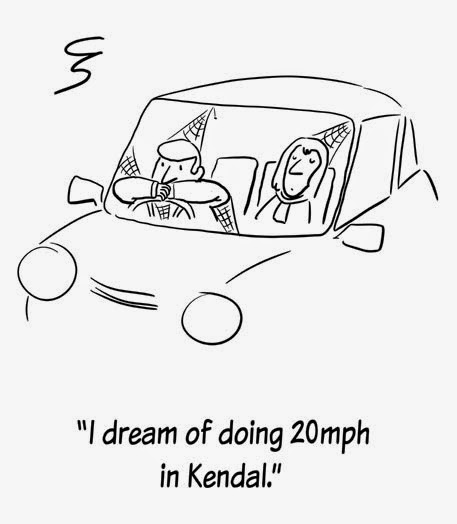 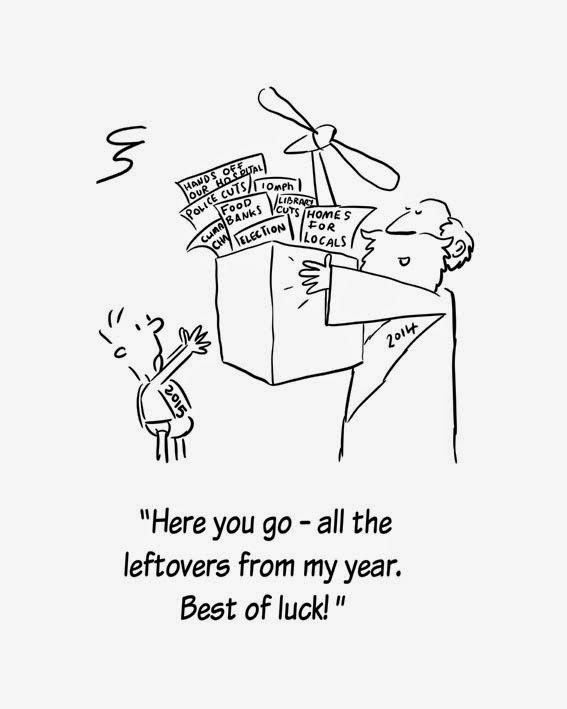 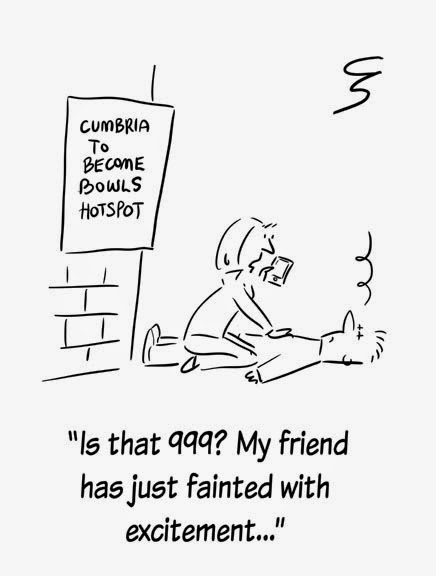 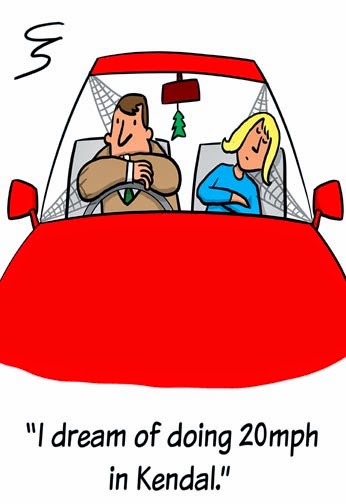 Posted by Colin Shelbourn at 08:00 No comments:

Last week's super, soaraway Westmorland Gazette had two prime candidates for the cartoon desk. The first was a new story, the other was 2000 years old.

Immigration officers pounced to stop a sham marriage at Lancaster Registry Office. The groom was attempting to stay in the UK illegally and, ironically, achieved his aim by being sentenced to 10 months in prison.

In other news, it was Christmas.

Clearly there was the opportunity to combine these two stories in a tasteful fashion unlikely to offend anyone. Equally clearly, I didn't take that route. Below are the ideas I submitted with the one chosen shown in colour. I'm not convinced by that gag and would have gone for the angels (with or without the cigarette). What do you think? 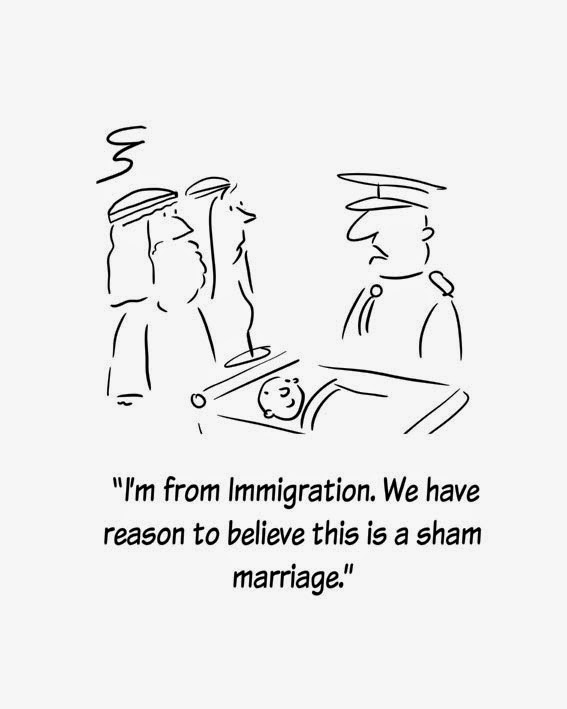 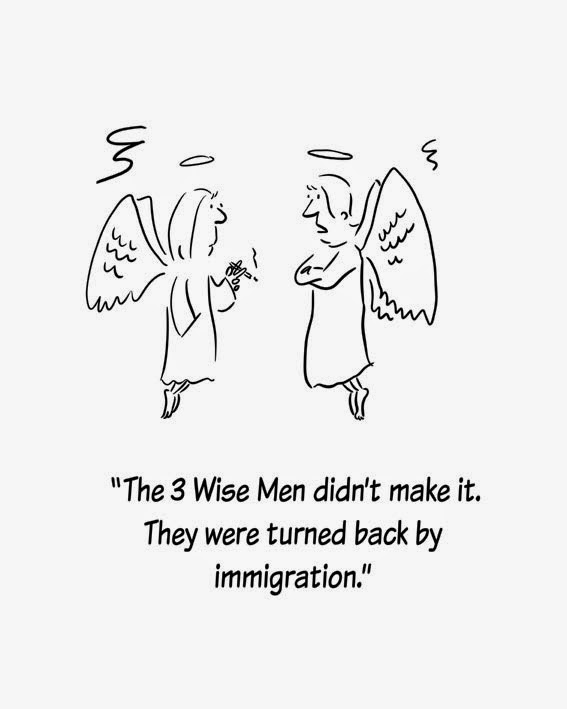 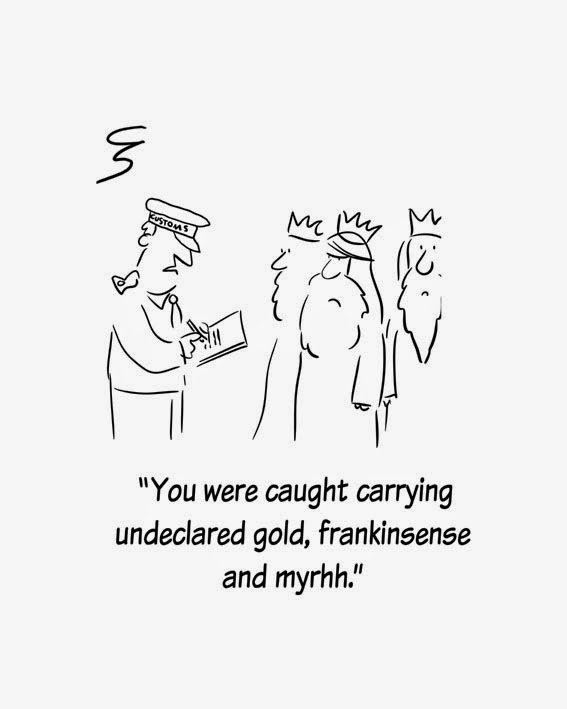 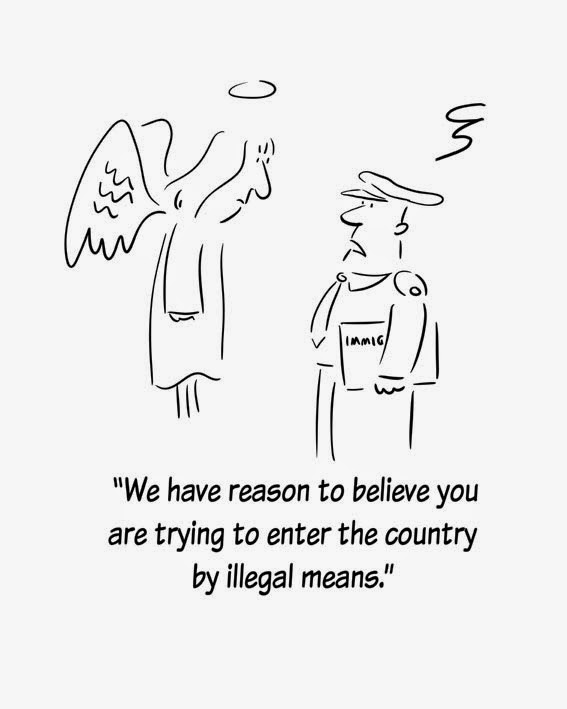 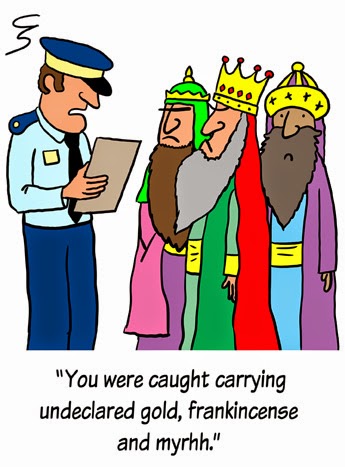 Posted by Colin Shelbourn at 11:14 No comments: