Much as I enjoy drawing the weekly, front page cartoon for The Westmorland Gazette, I occasionally need a holiday. This presents the editor with a problem. Put in a little message ("Our cartoonist is on holiday. His home is currently empty and contains a load of worthless junk but you might find something worth putting on eBay.") or just fill the space with something else?

Some years ago, we hit on a couple of alternative solutions; remote cartooning and crystal ball gazing.

The remote cartooning works OK, if I don't mind the holiday being interrupted. It's a bit weird drawing about Kendal traffic whilst sat in Cape Town in view of Table Mountain, but I have done it. (There was a shooting outside the hotel as I sketched, just to remind me I wasn't in the Lakes.) But it is an interruption and sometimes, you know …

So back to the crystal ball gazing. This relies on two things (1) long-running stories or (2) a definite news event in the diary for the following week.

Last week I thought we had both CBEs (crystal ball events). The Lake District National Park had sold off bits of the Lake District and there was the chance it was going to keep the identity of the purchasers secret.

Excellent. Two cartoons done and sent as alternative options (one tying in with a then-current and, rather tediously, still current national story).

But news had other ideas and the focus shifted. So neither cartoon was used. You get the chance to see them below. Trust me, they would have been funny if the story had panned out … 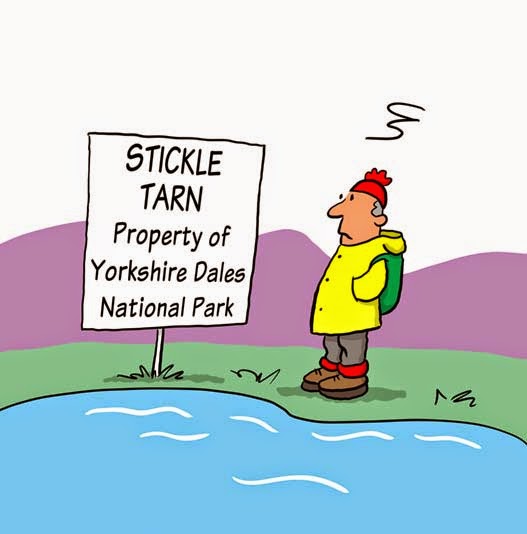 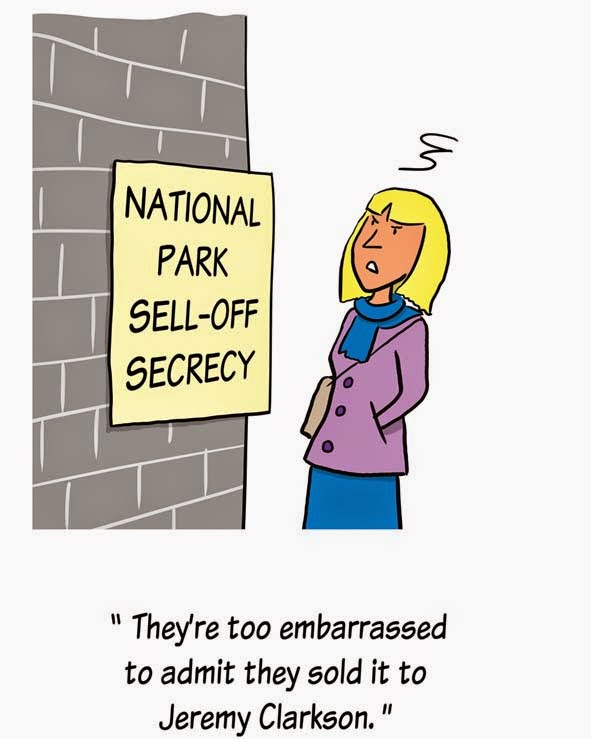 Controversy in South Cumbria last week as a local councillor suggested that Kendal might be enlivened by a lap dancing club. He was quick to point out that it could be either men or women dancing on your lap but too late - calls for resignation followed.

Elsewhere a major crime initiative was underway. Several shops have installed cardboard policemen to deter thieves. The image on the cutout was modelled on a policeman from Whitehaven and has been dubbed PC Boardman.

These are the two stories which fell across the Westmorland Gazette cartoon desk last week. You can see my reactions to them below with the final choice shown in colour.

Did the editor pick the right one? Have your say in the comments box and fame will be yours forever. 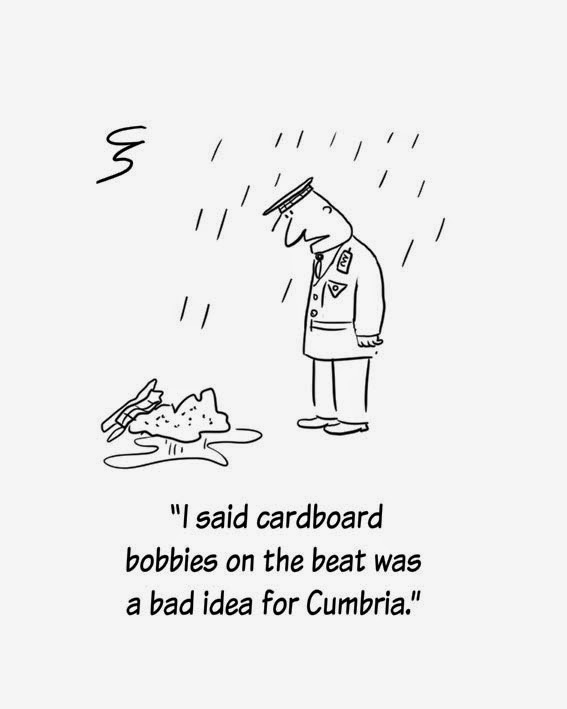 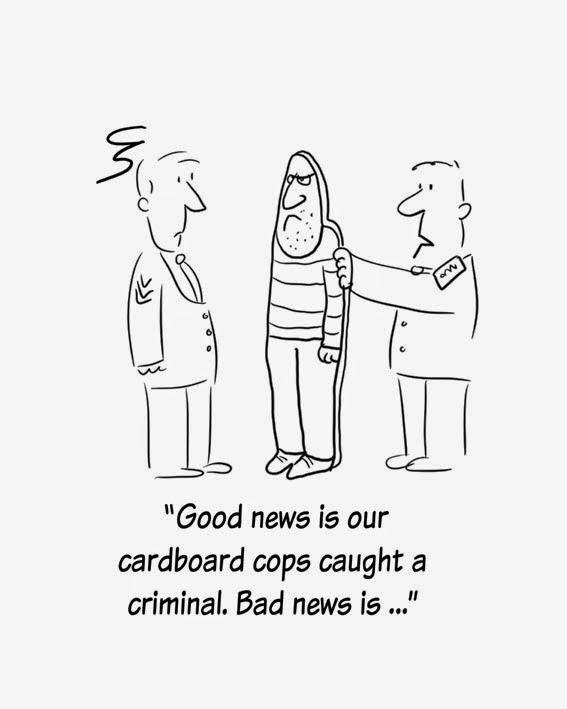 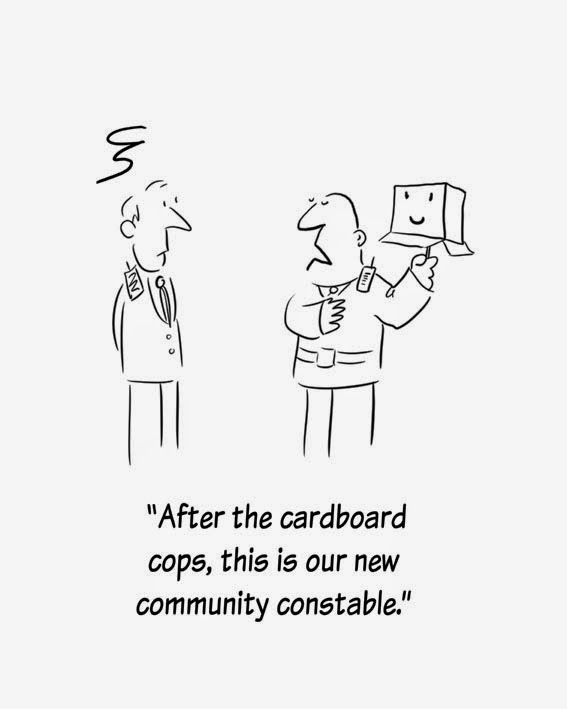 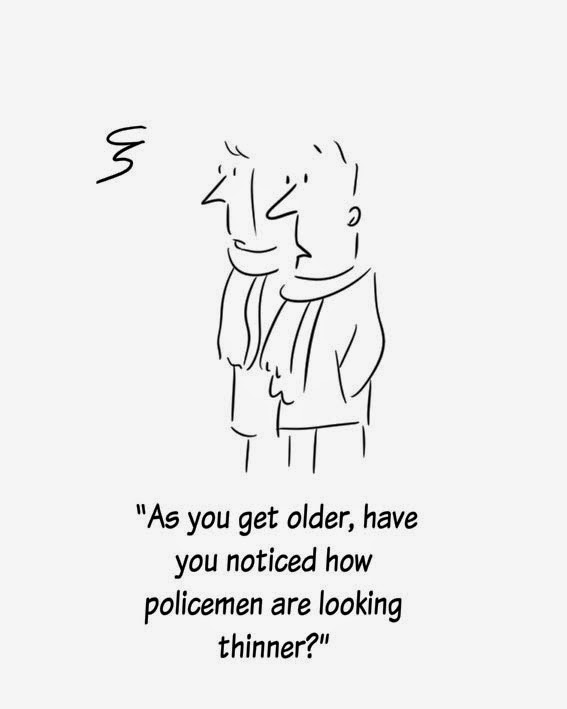 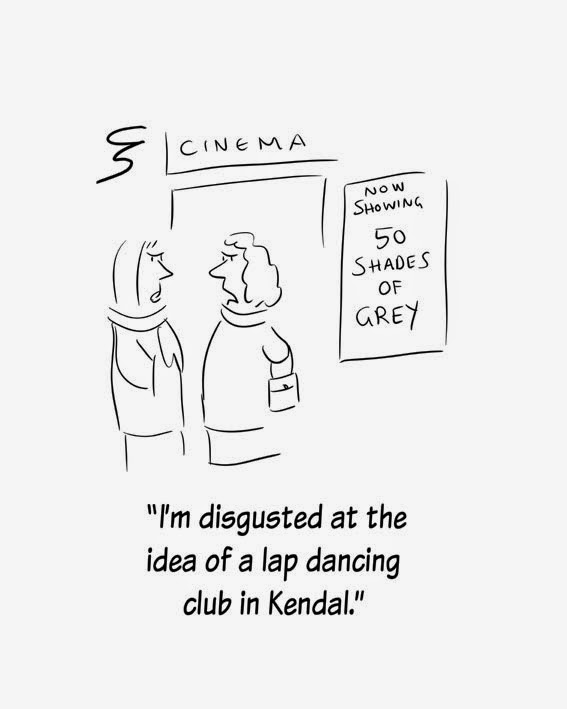 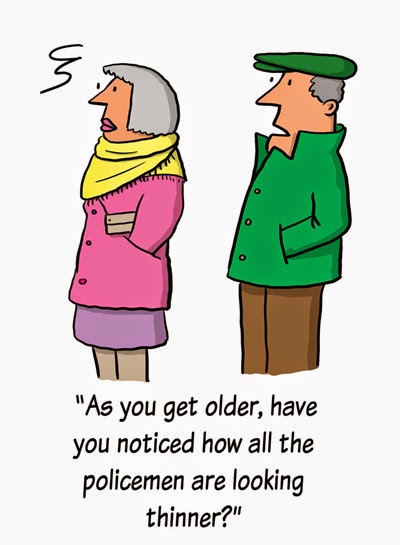 Value for money from our elected officials is a hot topic at the moment. We all want them to be dedicated professionals, devoted to serving the public need and preferably not flogging off their contacts list to the highest bidder.

One of the requirements we might justifiably demand is that when they attend important meetings, they pay attention. Not place space invaders on their smartphones.

Last week, The Westmorland Gazette had a splendid story and set of photographs showing a local councillor happily playing Solitaire on his iPhone … whilst attending a Cumbria County Council meeting to decide the county's budget for the next year.

I submitted a number of ideas for this story. You can see below the one which my steamed editor picked for the front page of the newspaper. But did he pick the right one* ? Vote in the comments below. 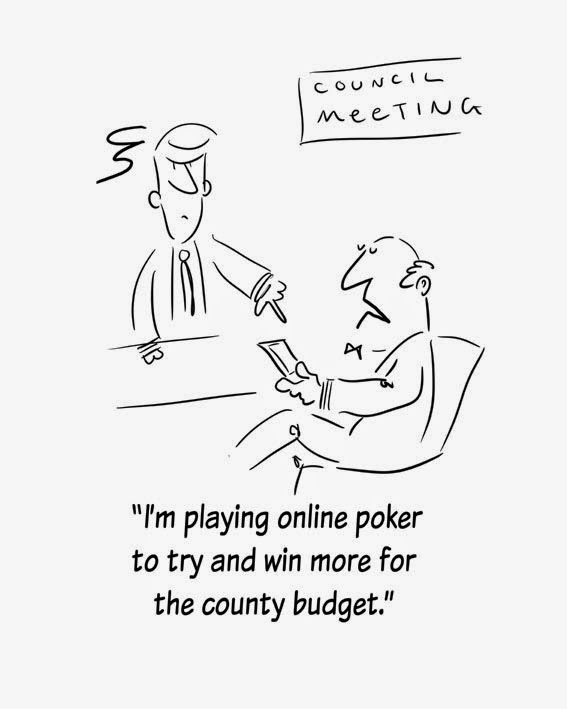 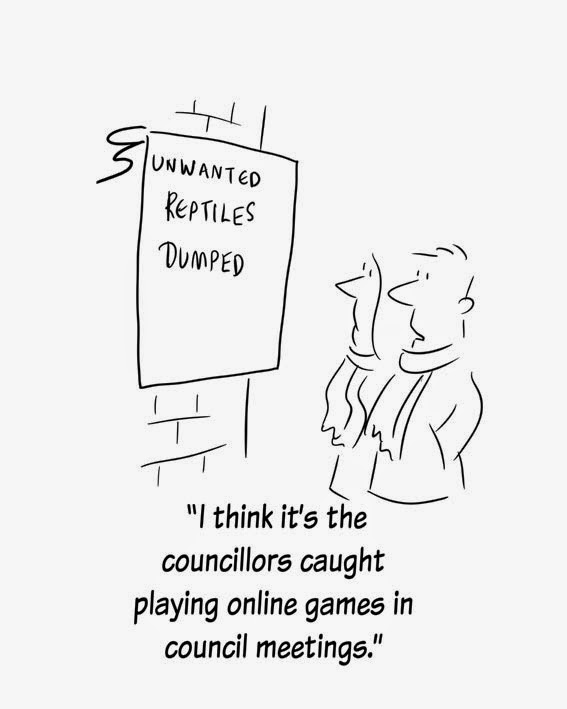 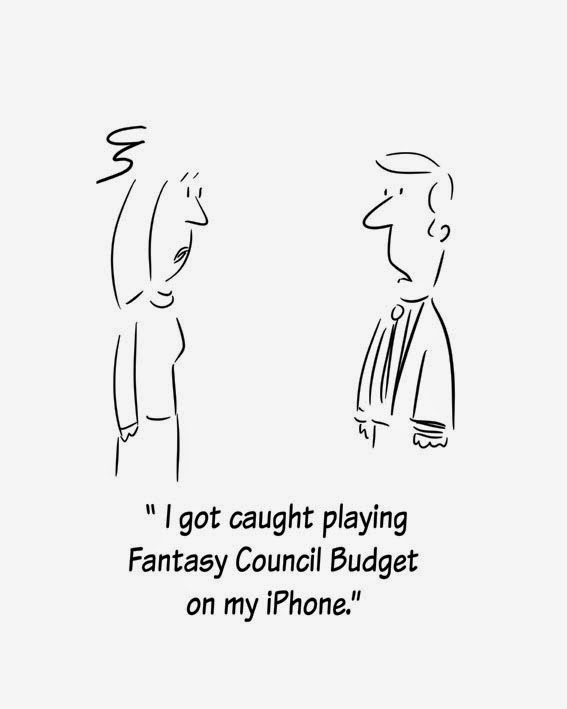 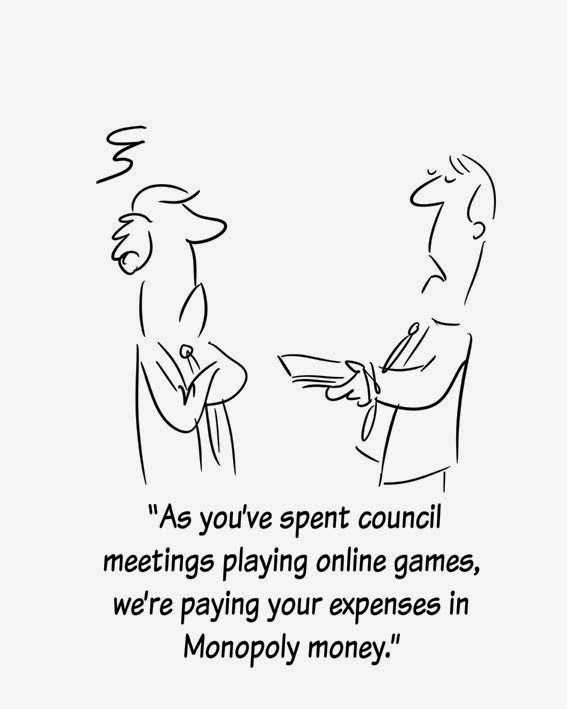 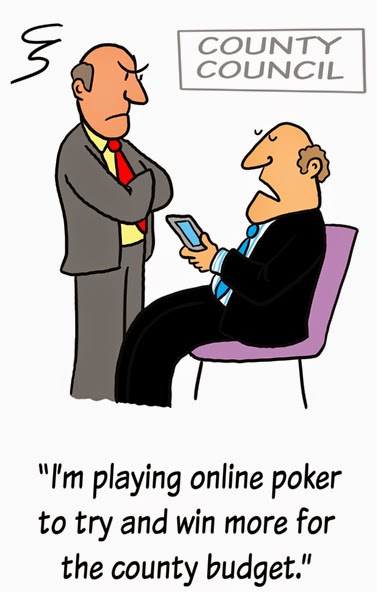