It’s a difficult balancing act, being a cartoonist when a serious or tragic news story breaks. On the one hand, it’s your job to seek out the lighter side but on the other there is the question of taste and the feelings of others. It’s exacerbated when the story touches on something close to home.
It was literally close to home last week. Just up the Cumbrian coast, in fact.
The story of the shootings was breaking whilst I was at the Westmorland Gazette. It was clearly not something I could tackle. Fortunately there was other news and a cartoon appeared on the front page, as usual, referencing a story several pages in.
As national coverage developed over the next couple of days, some of it pursued a well-worn path. ITV news talked of a “dark cloud which hangs over this picturesque corner of England”. The Daily Mirror ran a comment piece questioning the reaction time of the police (note to the Mirror: buy a map, use your fingers and add up the distances involved). Sky News embarked on a mission to interview anyone who had ever heard of Cumbria.
On Twitter, hundreds of people responded to the news as it unfolded. Most were offering condolences or simply reacting with shock. The Twittersphere became a source of breaking information from local newspapers and Cumbria Police. A few Tweets shared chilling insights; a photographer in Whitehaven had been contacted by a London tabloid to acquire any wedding photographs of the deceased. Increasingly, the Tweets were about the media coverage itself. First signs of a backlash were already present by midday Thursday.
News needs a story to tell. The journalists are there to bring together the threads. Unfortunately they also like to apply glib labels. This area has a wealth of associations so I doubt they’ll succeed in branding it another Dunblane or Hungerford. There is far more to Cumbria than a handy tag for the media when it refers to one tragic day.
A newspaper cartoonist is in a privileged position. It provides an opportunity to reflect what others may be feeling, in the most direct way that you can. It’s not just about being funny; it’s about commenting, pointing out something that has been overlooked. Or, sometimes, it's just about getting angry. 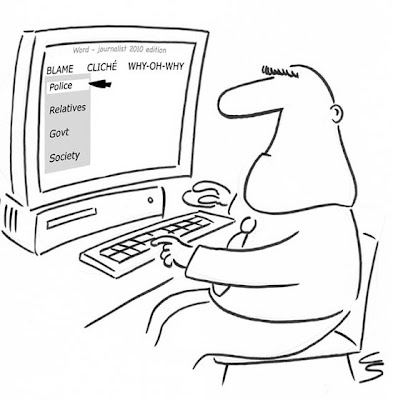 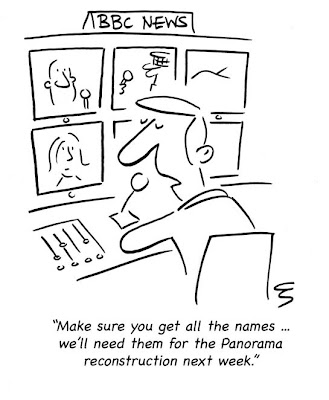 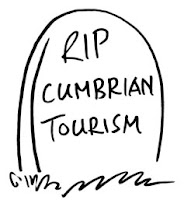