40 years ago a change swept across England and Wales. Local authority boundaries were altered, counties were merged and towns were transported from one county to another. For example, the Yorkshire town of Sedbergh was sucked into Narnia and was never seen again.

New counties were born and others disappeared. One of these was Westmorland, lost when it was merged with Cumberland, North Lancashire and the second home belt of the Home Counties to become Cumbria. Now Westmorland only lives on in the name of one defiant town (Appleby-in-Westmorland), the masthead of my own newspaper and tattooed across the buttocks of doughty Westmorlandians the world over.

But Westmorland is far from gone. It lives on in the form of Westmorland Day, a celebration of all things Westmorlandish to be held annually every ten minutes throughout September.

This was one of the stories which confronted me when The Westmorland Gazette’s cyber cartoon desk on Wednesday. The other prime candidate for the front page cartoon was a tale of savagery, environmental devastation and KILLER DEATH SHRIMPS FROM OUTER SPACE! (I’m paraphrasing.)

Below you can see the four ideas I sent to my steamed editor. Which would YOU have chosen to grace this week’s Westmorland Gazette? Make your vote in the Comments section below. 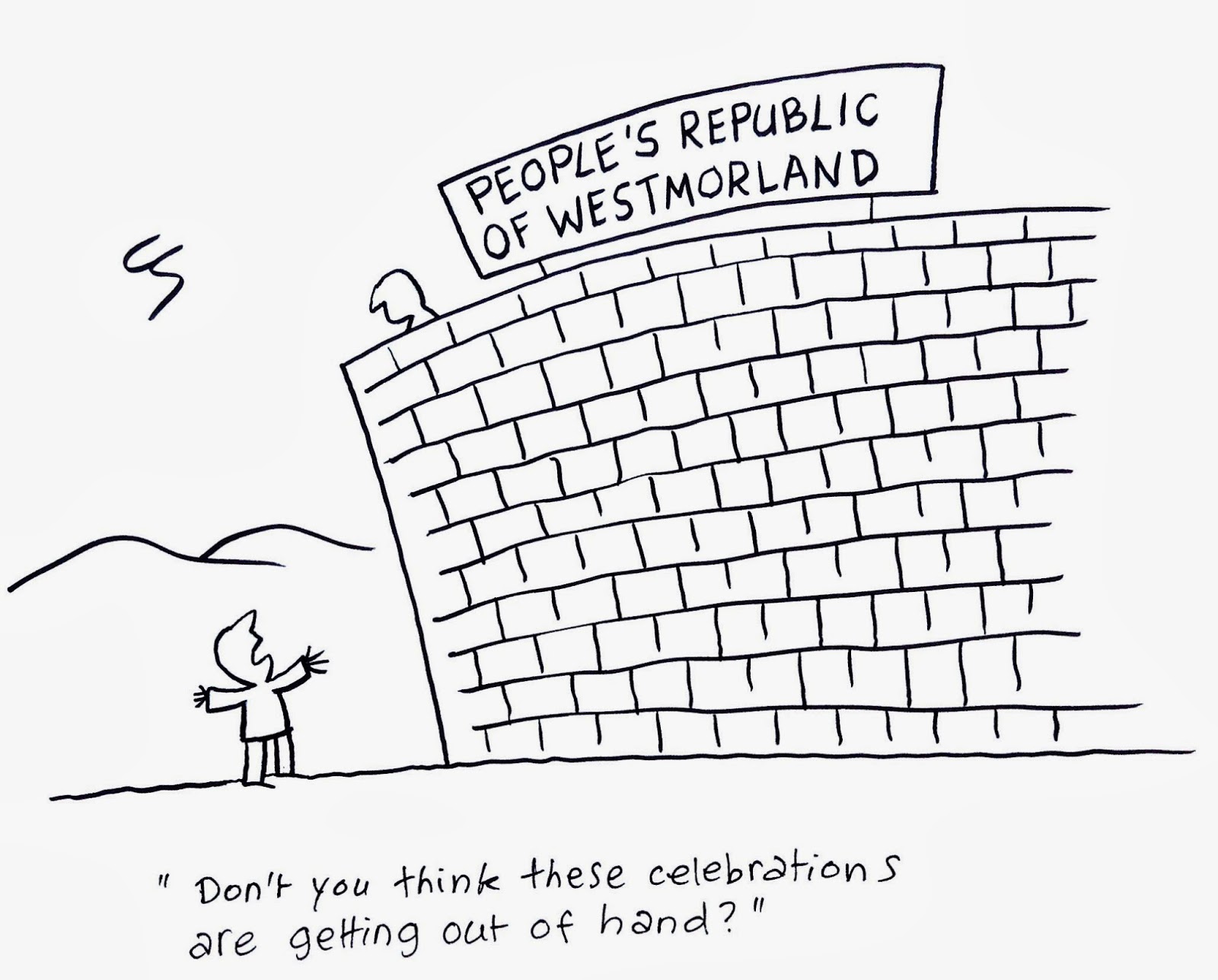 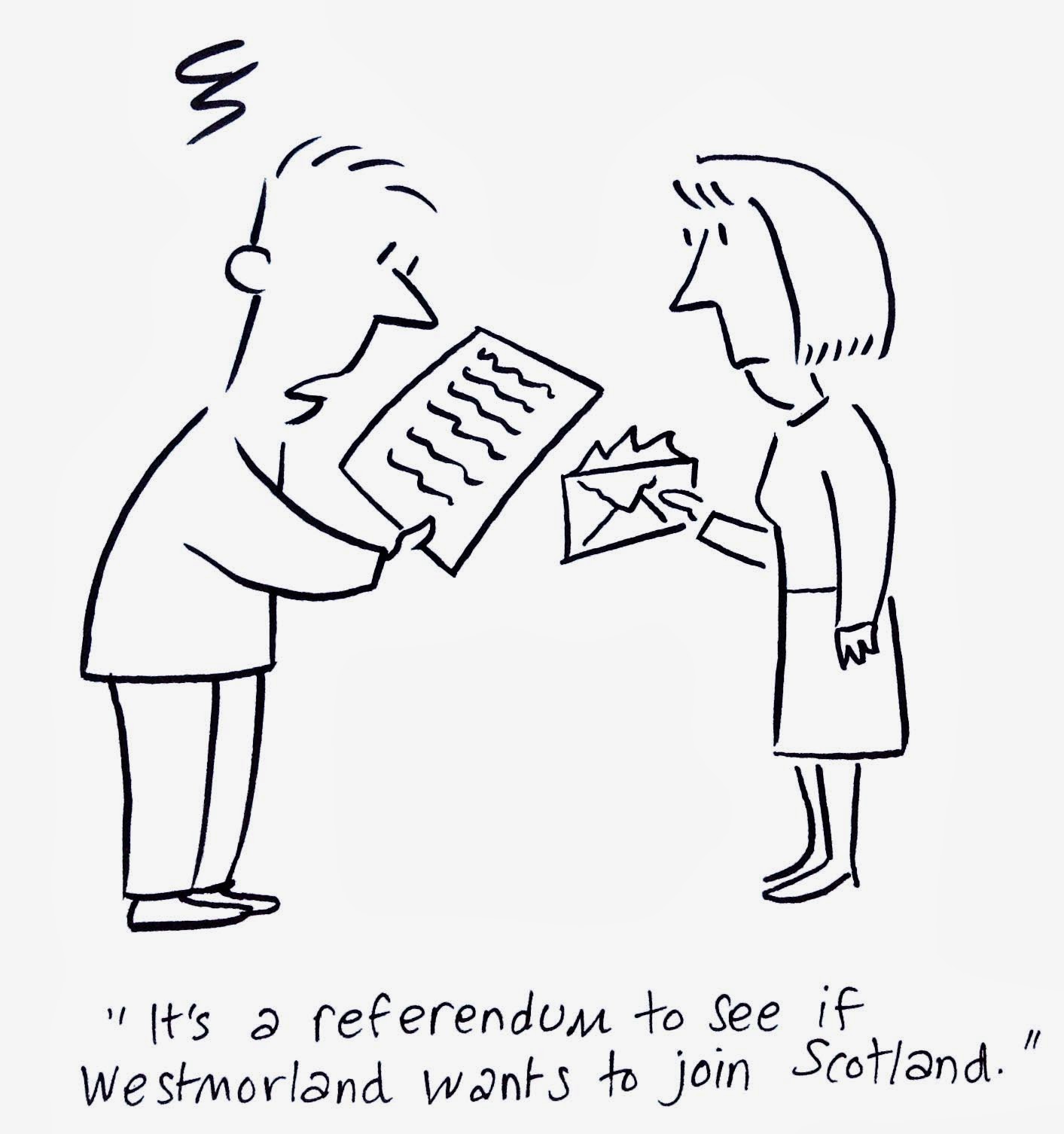 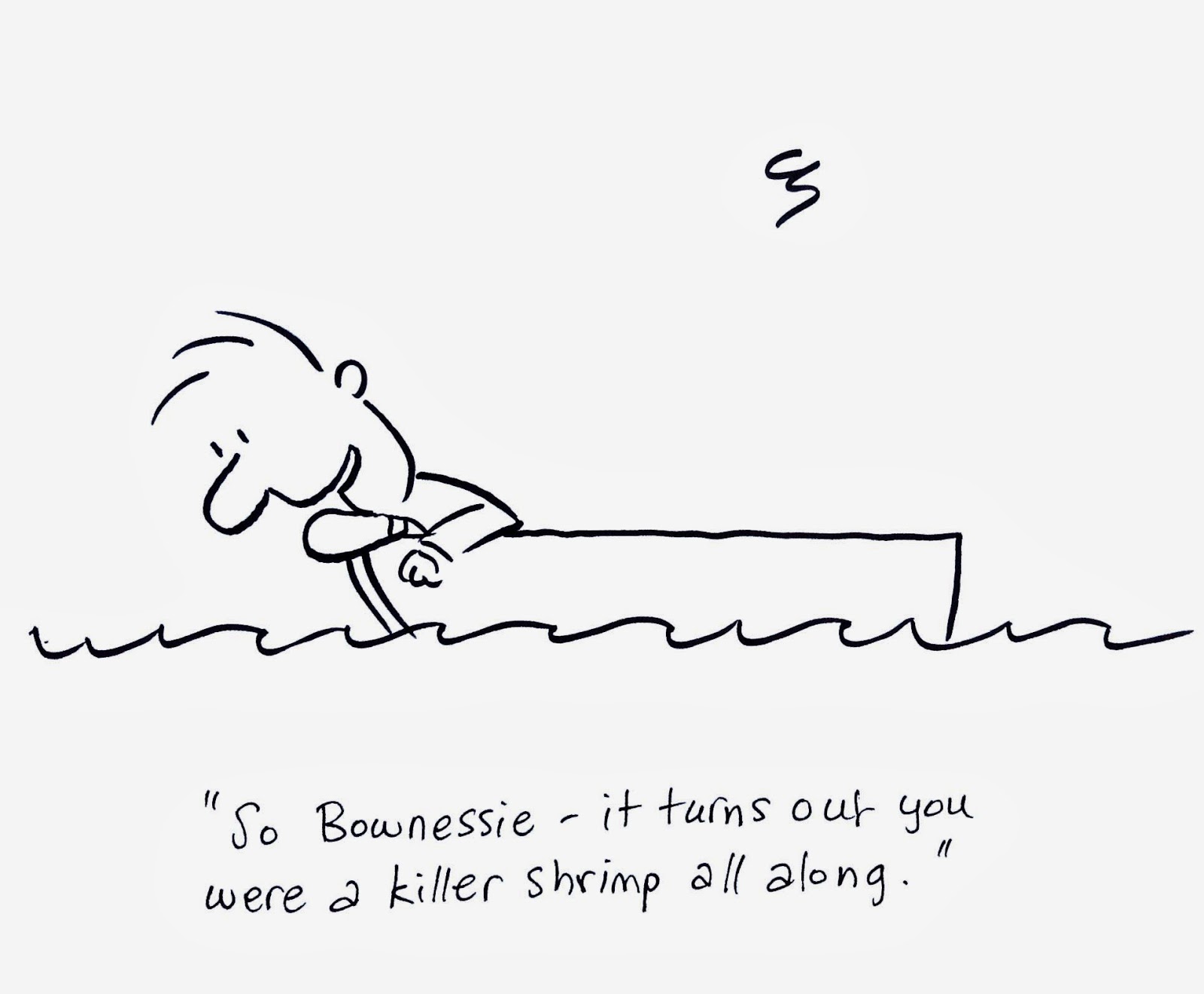 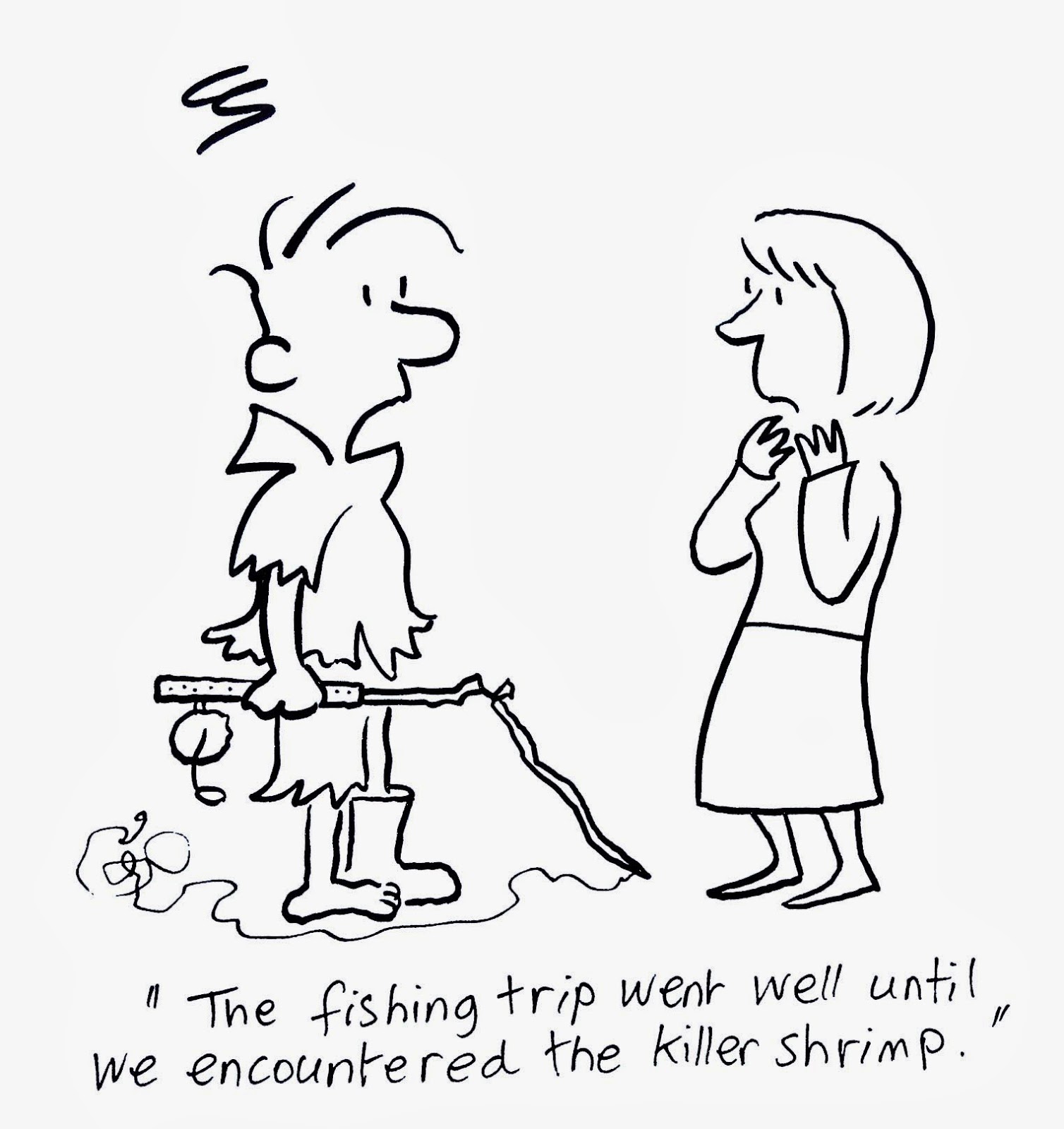 Posted by Colin Shelbourn at 17:55 No comments: