An Englishman's Home is His Ashtray

The seven days between Christmas and New Year is always tricky for a weekly newspaper. Reporters are on holiday, everyone’s had too much sherry and no one is out there creating news.
This also presents a problem for the front page cartoon. There’s usually a broad sweep of smaller stories, with nothing specific to focus on.
It started out like that this week. A story about Britain’s Got Talent star Steve Hall giving up the day job, another about a hospital radio station trying to beat Chris Moyle’s 52 hour continuos broadcast … And then, just as I was losing the will to draw, gold dust.
A pro-smoking campaigner has decided to open a smoking shop.
This is not your usual tobacconists (do those still exist?) but one selling pro-smoking t-shirts. Sales of these will, apparently, raise funds so that he can lobby parliament to overthrow the ban on smoking in public places. According to the campaigner, “Smoking is one of the last remaining pleasures for the working man … “
Possibly the working man should get out more.
As smoking is one of the topics which brings out the Jeremy Clarkson in me, I enjoyed working on this one. In fact, only the looming presence of my deadline prevented me from pitching more ideas than the seven shown below.
To see which the editor voted for, rush out and buy The Westmorland Gazette, or blow across to my website. 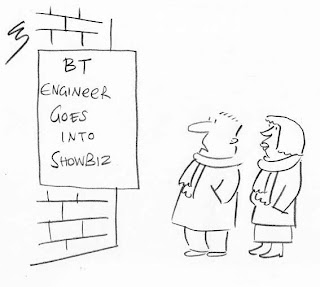 "Must be the comedian I get whenever I ring up to complain about my broadband." 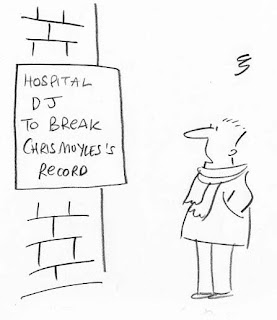 "That must be for the number of sexist remarks made in a 2-hour broadcast." 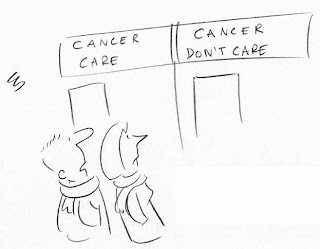 "That must be the new pro-smoking shop." 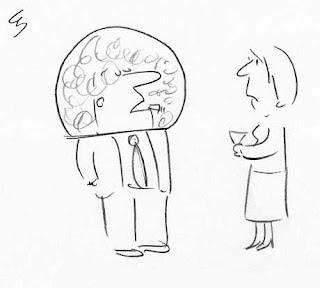 "It's from the pro-smoking shop - now I can smoke in public places." 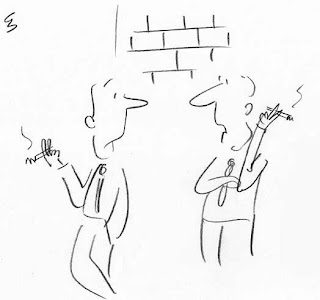 "I work in the new pro-smoking shop. Ironically I have to come outside to smoke." 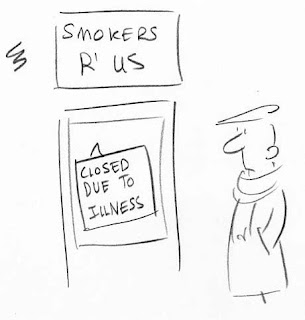 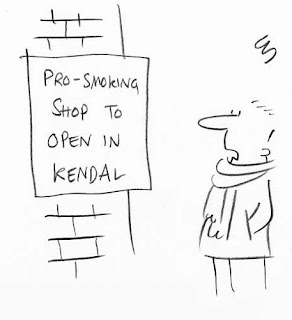 "That should make the auld grey town a little greyer."
Posted by Colin Shelbourn at 16:27 1 comment:

Christmas comes but once a year and so does the seasonal opportunity for a colour cartoon on the front page of The Westmorland Gazette.
It’s become a tradition and it’s always easier to achieve when there are some seasonal stories to match. This year we managed ghosts and parking.
Levens Hall has a ghost, along with many other historic houses. This one is the spirit of a spurned traveller who issued a curse, claiming a male heir would only be born when the River Leven freezes over. (Hence the third cartoon - yes, technically inaccurate but you get the idea).
The festive parking story was South Lakeland’s bright idea to make residents pay for residential parking permits. You’d think they could generate enough income from their enterprising new drugs farm in the public loos.
Here are the sketches I pitched to the editor. A scruffy bunch but drawn in 2B pencil with little eye for style; some of us have a dealine, you know. The final artwork was a composite in order to arrange all the elements into the 2cms square space I get these days. Just for a change, I’ve shown a couple of the sketches for the final artwork, along with the finished cartoon, as it appears in the Gazette. It also features over on my website. 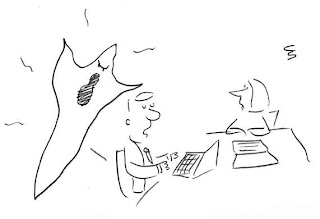 “Ignore him, it’s just another tax reminder from the Inland Revenue.” 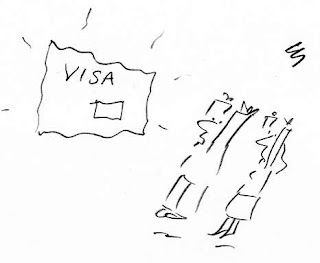 “Oh no, it’s the ghost of Christmas Future!” 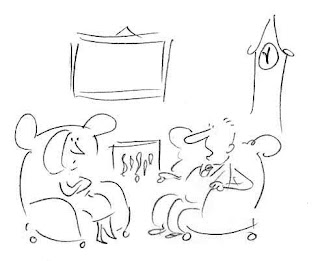 “It’s freezing out. Do you fancy an early night?” 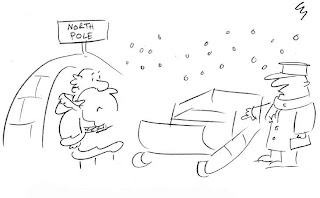 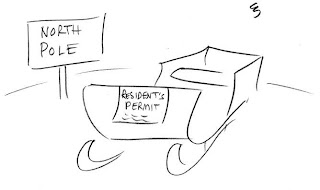 A couple of early sketches for the final artwork: 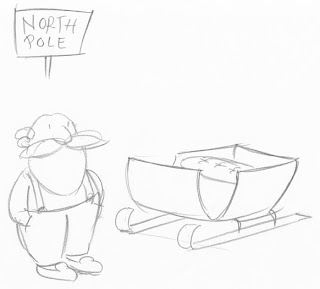 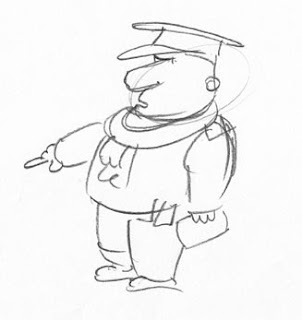 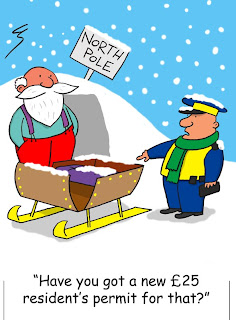 Drug farm in car park toilets!
Not a headline one usually encounters in The Westmorland Gazette but this week we went all urban and edgy.
New Road in Kendal is an area of some controversy, having been used as a parking place alongside the river for many years. Apparently this isn’t strictly legal and the council would like to landscape it and make it nice. (I’m not sure where all the cars would go, somewhere not nice I assume.) It also has a quiet, unassuming toilet block which, in line with general South Lakeland District Council policy, is permanently closed.
But some enterprising scamps have been putting it to use by wiring up heaters to the light fittings and planting £500 worth of cannabis in the ladies’ loo. If harvested, the cannabis would have had a street value of £10,000. Perhaps not quite what our beloved PM has in mind in calling for a more entrepreneurial Britain.
I only get three hours to do the cartoon, otherwise this story could have generated dozens of ideas. Here is the half-dozen I fired at the editor. You can see which landed on the front page by visiting my website. 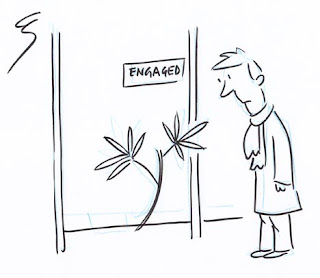 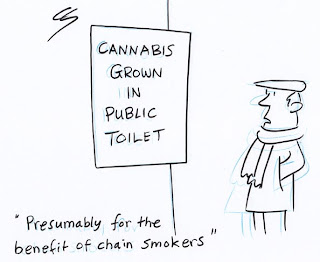 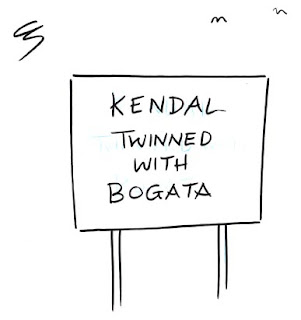 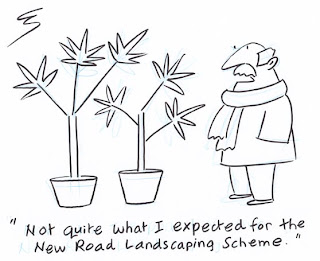 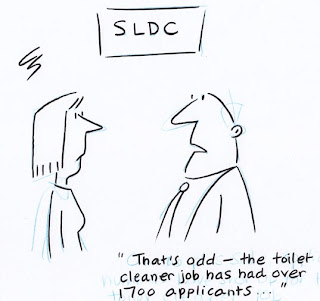 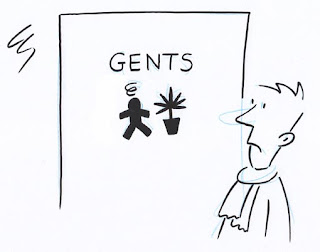