It's always a bad idea to let a cartoonist wander around the local shopping experience armed with a sketchbook and time on his hands. 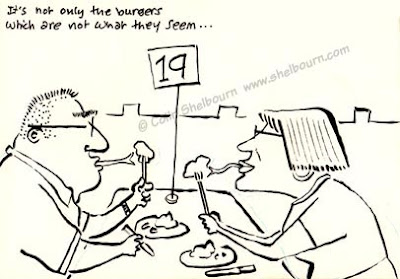 PC World: "Can I help you? Please? If I don't meet my target I get back to Shop Assistant Rescue." 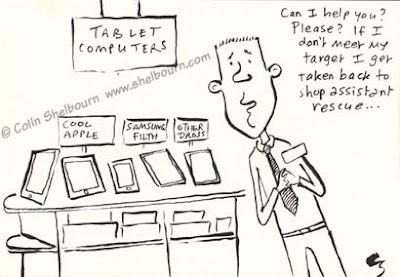 And background muzak; "You're listening to Lakeland Radio where Phil Collins is still considered hip … in the operation sense." 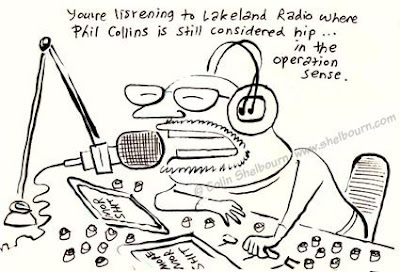 Incidentally, apologies for the intrusive copyright log on these drawings. You can blame Our Dear Government for that - follow this link for a letter from David Bailey about what the blighters have been up to now. When you've done that, go sign the ePetition against it.

Posted by Colin Shelbourn at 15:48 No comments:

I am a big fan of the National Health Service in general and the local Trust in particular. Over many years, it has provided a healthy diet of stories for my cartoon in The Westmorland Gazette.
This week it has served up another front page story with news that it is cutting 230 jobs in the coming months, in a bid to reduce its deficit (which was in turn the due to the combined efforts of managers, our glorious government and its predecessor).
A couple of other stories also drifted past the Cartoon Desk.
The first is that passengers alighting at the railway station known as OXENHOLMETHELAKEDISTRICT are often distraught to discover that the nearest lake is 11 miles away.
The other story is that the recent visit to great Tower Scout Camp by the Duchess of Cambridge has caused a recruitment surge …
You can see all six ideas below. These were subjected to the stern gaze of my steamed editor.
But which did he pick for the front page?
More to the point, which would you pick?
Add your comments below and then hobble over to my website to see if morphic resonance has worked its magic. 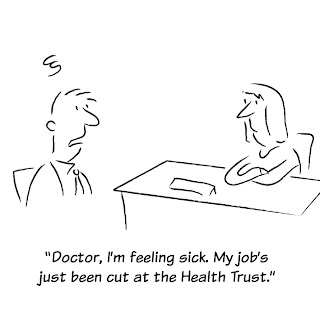 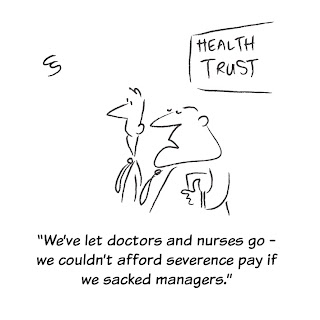 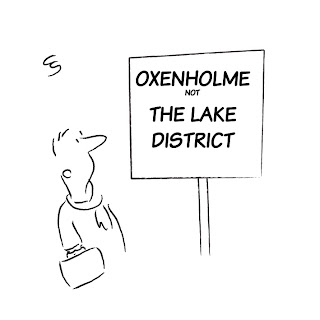 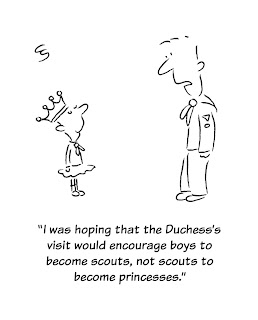 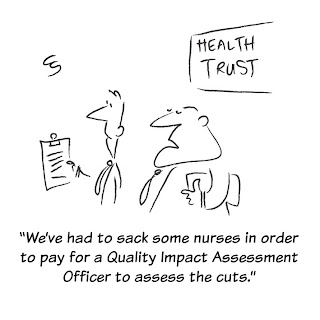 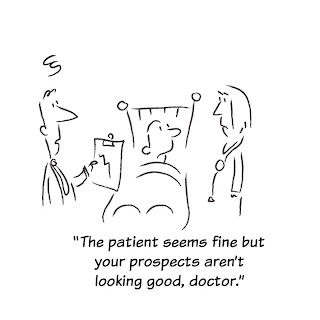 A plague of second homes

This week’s Westmorland Gazette front page story is about second homes in the Lake District. Again.
A report from the Cumbria Rural Housing Trust has identified a number of Lakeland villages which are in danger of becoming overwhelmed by second homes. Elterwater consists of 80% holiday homes, Skelwith Bridge 70% and many more are around the 50% mark.

As house prices are forced up by second home ownership, and the number of young couples who can afford them decline, the Lake District is in danger of becoming a kid-free zone.

And it is not unique to the Lake District, other areas like Devon and Cornwall are similarly affected.

Second homes artificially inflate houses, lead to a reduction in local services, shops and schools and drive local people from the area.
Now, I may have tackled this once or twice in my cartoon in the past. (At one point I was banned from doing cartoons about the subject.) But the story keeps coming round and I still have things to say about it.
Below are six sketches I pitched to my editor. In addition, there’s an idea which combines a local story (electricity cables being dug up and stolen), a national news story (you may have heard of it) and an element of bad taste.
Which, dear reader, do you think was the editor choice for today’s front page?

Place your vote in the comments box below. Then take a trip to my website to see if you were right. 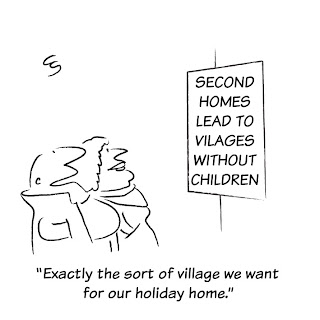 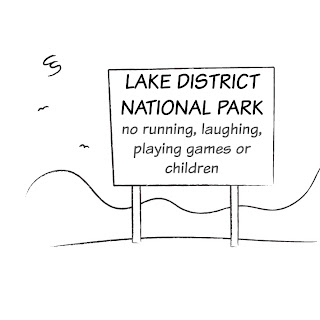 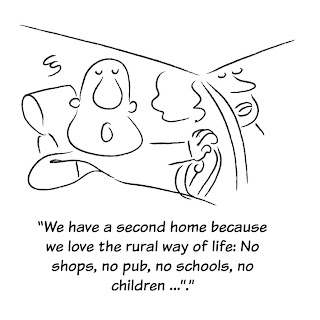 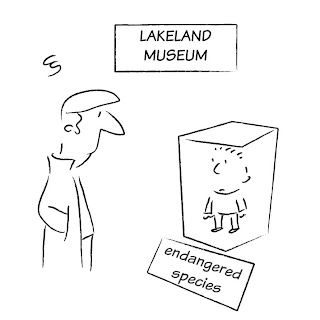 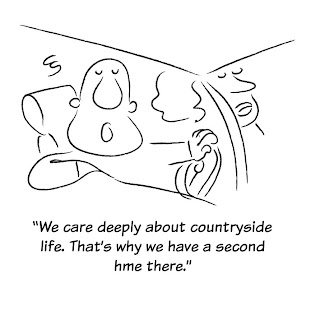 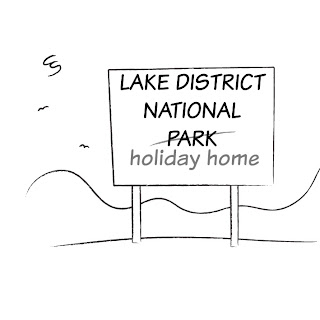 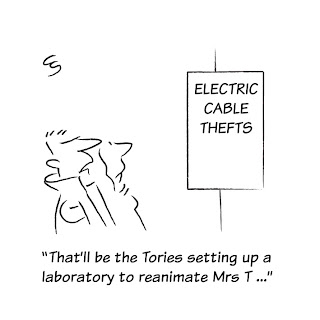