The ramifications of the LibCon government’s brave new world are beginning to seep north.
Cumbria County Council have announced that they expect their finances to be in an even bigger mess than usual (I’m paraphrasing here) and they are going to have to make cuts of … lots. The cuts will apply across all services although they will try and protect the most vulnerable, in particular making sure that the elderly can remain independent.
So this is the front page of today’s Westmorland Gazette. In fact, it is a mega story researched and written by some of the finest journalists in the land and runs onto several inside pages. Although a serious story, it has lots of potential for cartoons, especially if the cartoonist fancies airing some opinions on the matter.
Here are the sketches I pitched at the editor yesterday. The first four were my initial pitch. Everyone liked number three the best but my esteemed editor’s face went a bit white in case the leader of the council (a) objected or (b) looked like that (he doesn’t). “It’s my job to think through the implications,” said Editor, as I hopped about and said, “Oh just go for it.”
Fair enough. With a bit of tweaking, we got rid of Editor’s misgivings and kept the impact of the joke. See what you think and comment below.
The finished artwork appears in glorious black and white on the front of today’s Gazette or you can see it in colour on my site. 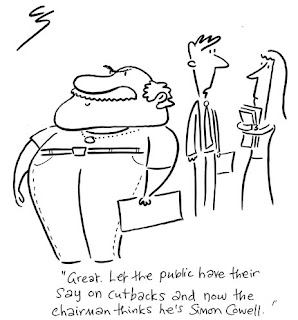 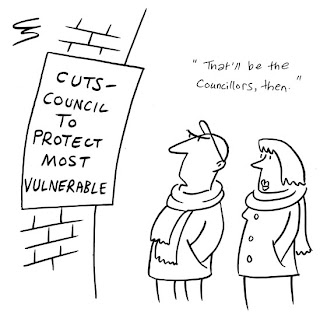 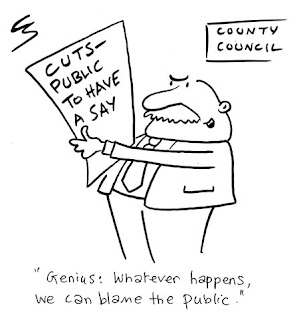 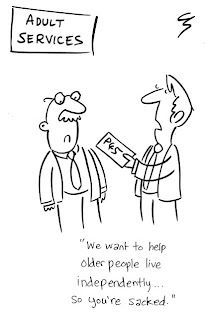 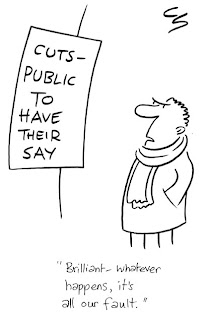 Posted by Colin Shelbourn at 11:11 No comments:

This week's Westmorland Gazette stories included the announcement of the Royal Wedding of Prince William and Kate Thingy. Obviously everyone else had covered it but the Gazette has hit on a rather good local angle.
The other two stories which caught my cartoonist's eye (as opposed to the other one which roams uselessly and stares out of the window) were: A traditional Christmas walk along Arnside railway viaduct has been declared illegal because of the danger of trains and Kendal's festive Xmas tree is looking a bit moth-eaten despite only having been erected this week.
As usual, four ideas were submitted to the editor. Which one did he choose? The tension can be broken by visiting my website or buying the newspaper on Thursday morning. 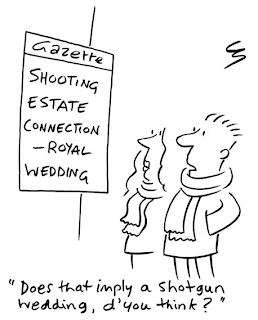 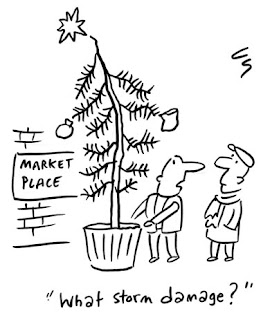 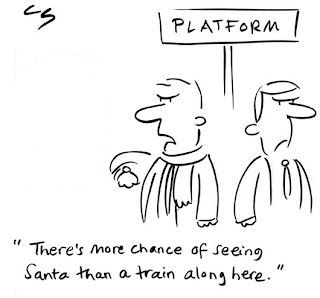 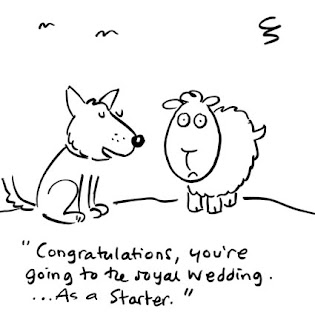 Posted by Colin Shelbourn at 18:26 No comments:

Ah, the good old days. I remember them well. The heady excitement of the coach trip to London, milling about with masses of other students, the carefully prepared placards with dodgy spelling, the sense of unity and purpose as you were surrounded by police … you can’t beat a good student protest.
And they’re at it again. They’ve been protesting today against the rises in tuition fees, bless them. Bringing central London to a standstill, smashing up Tory HQ, bringing civilisation to its knees (if you watch Sky News) or a small minority causing a bit of a fuss (BBC News).
What we didn’t have in the 1970s, of course, was the benefit of Twitter. With this, you can see live comments streaming across your computer screen - some from people at the protest itself - and get the thrill of being part of a live event, albeit vicariously.
This is quite handy if you’re in Cumbria and working on the day’s newspaper cartoon for The Westmorland Gazette. Of the stories on offer this week (the model Jordan doing a book signing, South Lakeland Council putting up parking charges), the presence of local students at the riot protest was by far the most interesting.
As ever, I submitted four sketches to the Gazette’s esteemed editor. After much reasoned debate, I persuaded him to go for the one I liked. You can see which one that was by purchasing a copy of the Gazette on Thursday morning, or popping along to my website. 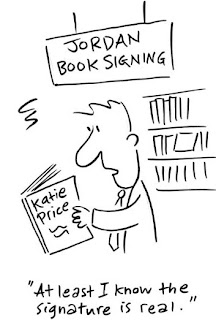 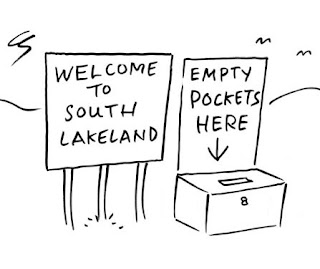 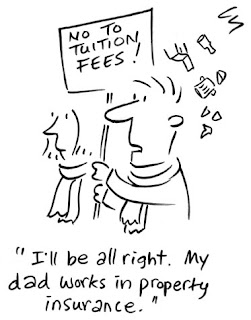 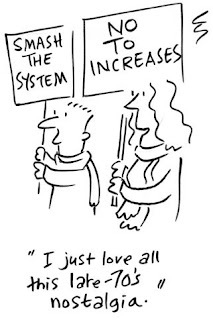 I don’t know what it is about cartoons and toilets. There’s a preconception that the two should always go together. Whenever I give someone a cartoon original, the next time I visit I find it hanging in the loo.
It’s the same with topics in the Westmorland Gazette newsroom. Toilet story? Save that one for Colin. And the weird thing is, they’re usually good stories to do - and not for reasons of scatological humour. One of the best in recent years has been the local council’s decision to close public toilets. A stroke of genius for a tourist area, where coach loads of straining bladders arrive on an hourly basis.
Yesterday’s hot toilet topic was a little different, however. United Utilities has announced that Cumbria is one of the worst places in the country for inappropriate items flushed down the toilet. These include such delights as mobile phones, traffic cones, television sets, false teeth, cuddly toys, artificial limbs and goldfish. *
I did once drop a USB pen down the toilet but it was just a flash in the pan.
Ahem. The water company has started a What Not To Flush campaign. I look forward to the TV adverts and hope they come up with a catchy jingle. A Miller & Armstrong style musical number would be good.
Whilst we’re all sitting around waiting for that, here are my cartoon sketches on the story. As ever, the editor’s choice appears on the front page of today’s Westmorland Gazette and on my website. 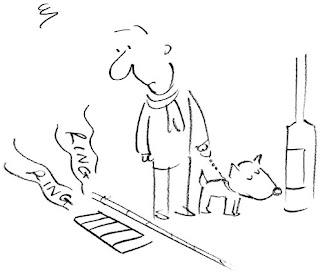 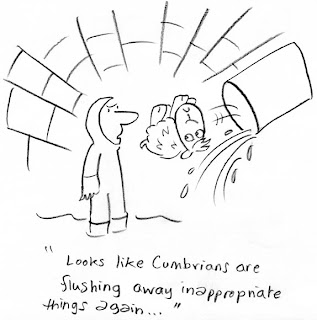 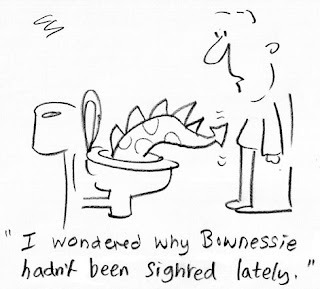 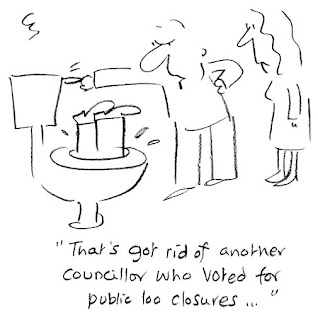