An entertaining mix of stories for this week's Westmorland Gazette cartoon.

The first involved a cat found inside the engine of a 4x4 vehicle. The cat was a bit singed but otherwise unharmed. I decided to avoid any catalytic convertor jokes but couldn't resist one horrible pun.

Elsewhere, a settlement of eco-lodges is being demolished, following a ruling that they are illegal. They were a secret encampment and built entirely without permission, it seems, but nonetheless fulfil a need, are hidden from view, provide valuable low cost homes and … I'll leave the two cartoons to speak for themselves.

Finally,  the Royalty Cinema in Bowness has had the launch night for it's Wurlitzer Organ. This mighty beast, the only working one of its kind actually operating in a real cinema, was built in Ohio in 1927 and is now back in action. As I went along to the opening evening, I can confirm that it sounds brilliant. (It accompanied silent films by Chaplin, Keaton, Harold Lloyd and Laurel & Hardy - so take that, 3D Dolby surround sound!)

Here are this week's sketches, submitted to my steamed editor. Which would you have picked?

Add your comments in the little box thingies below, then sashay over to my website to see if you landed on your feet. 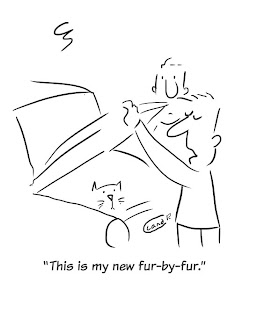 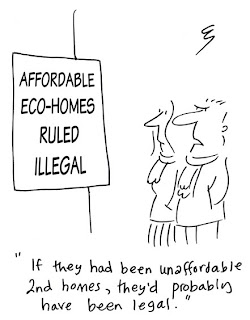 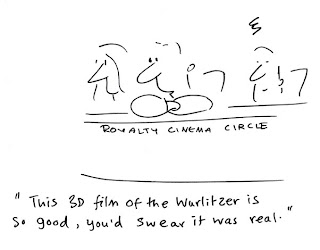 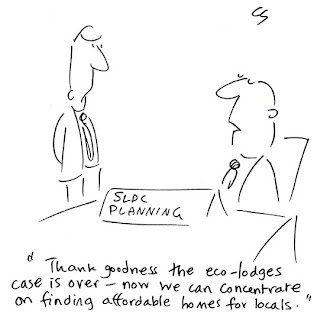 P.S. It has come to my attention that some of you aren't clicking on the links. You really should. They don't always lead where you might expect. Particularly the ones in last week's blog.