Christmas is upon us so this week’s cartoon for the super, soaraway Westmorland Gazette had to have a festive air. But which story to choose? There were two main candidates:
Hawkshead GP Surgery is under threat of closure. It’s in a rural area, falls below some arbitrary limit for the number of patients and is going to have a support grant withdrawn. It’s also top of an NHS survey into patient satisfaction.
A good story but one I’ve covered before. I had a solitary go at it and you can see the result below. Difficult to see how I could shoehorn Rudolf into that one.
The front page lead was more alluring. Fracking comes to South Lakes. Specifically, Milnthorpe, Levens and Kirkby Lonsdale. Given that the threat of windfarms caused a deafening rustle of Barbour jackets in Kirkby Lonsdale, I can’t see fracking being popular.
I had several punts at this story, including one which I knew wouldn’t get in but which would ensure my steamed editor was paying attention.
I also ran foul of the censors with use of the word ‘fracking’. Some potty-minds in the newsroom thought I was being rude. As if.


Below are the cartoon candidates. Feel free to vote for your favorite by appending a comment (preferably to the blog rather than on the moon or Facebook). Then whoosh to my website to see the editor’s choice in high-definition, 3D technicolor. 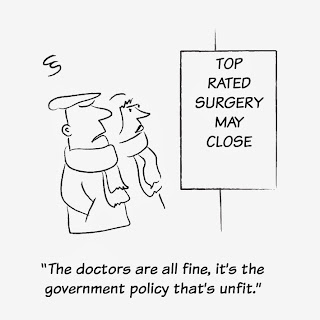 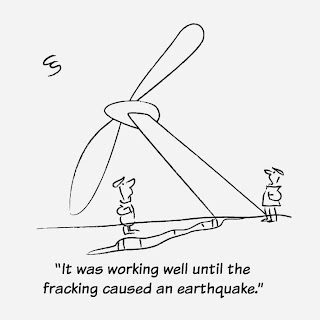 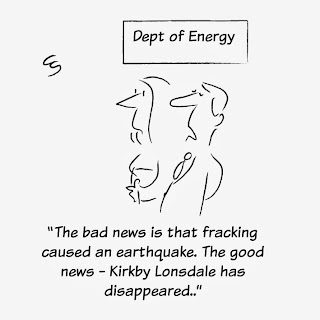 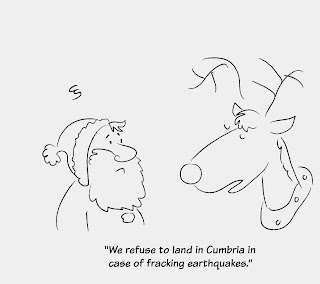 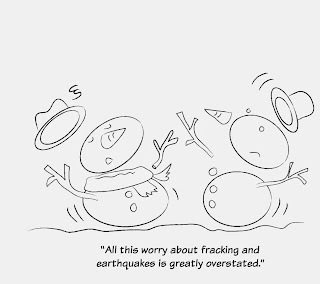 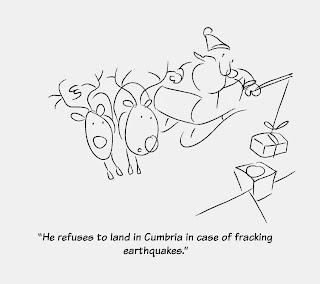 Posted by Colin Shelbourn at 08:00