An exciting afternoon in Gazette Towers this week. During the course of the morning, the story broke that there had been alleged cover-up by the Government's Care Quality Commission (CQC) into the investigation into infant deaths at Furness General Hospital.

A report had been suppressed, information deleted, unwise things said and a general cover-up in place. Allegedly.

And for a newspaper cartoonist, there's the tricky part.

As you can see from the first four cartoons below, I had a go at tackling the story and making a point. The cartoonist's job isn't always just to raise a laugh.

Unfortunately some of the first four fell foul of legal considerations. (I should make it clear that the drawings below are mere whimsy and nothing could possibly be further from my mind than to hint at the even merest suggestion that anyone involved with the CQC ever knowingly now or at any time in the past, future or in a parallel quantum universe did anything wrong.)

So I was asked to submit some further ideas. Which I did. Another four, in fact. Then, about 20 minutes after my deadline, I had a call from editorial. The cartoon had been pulled at the last minute. Could I do draw up of the others? Oh and by the way, the page goes to press in 10 minutes.

This is what makes newspaper cartooning so exciting. And furthermore, the new choice was closer to hitting the nail on the head.

So whoosh … new artwork submitted with seconds to spare.

But which one do you think it was? Vote in the comments box below and then blow across to my website to see which cartoon graces the front page of this week's Westmorland Gazette. 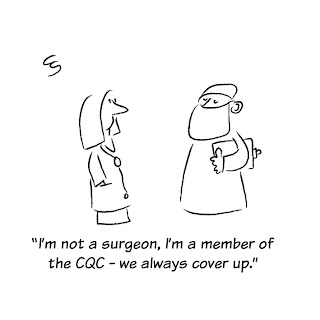 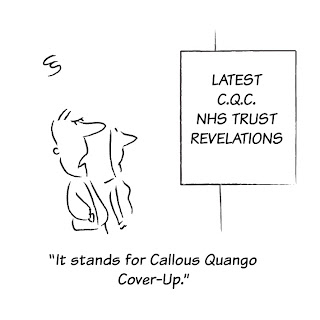 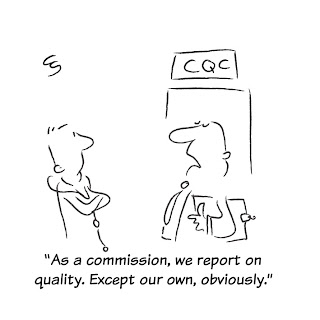 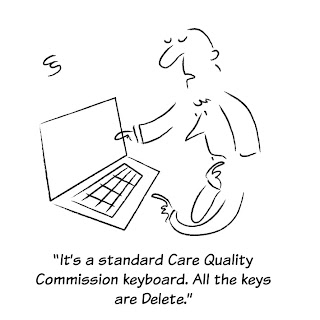 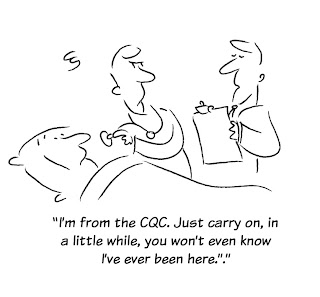 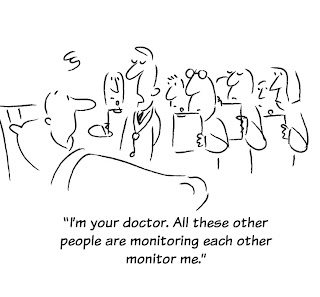 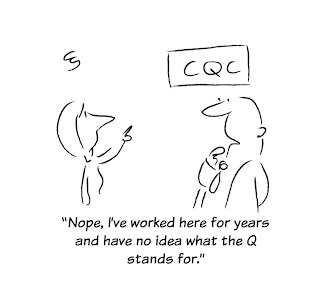 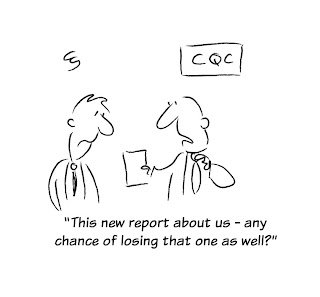