After last week’s excitement, I thought that this week’s Westmorland Gazette cartoon would be easier. But no. Adventures lay in store.
The main, front page story features the Gazette’s campaign to highlight the dangers of the Morecambe Bay quicksands. Another two people had to be pulled clear last week and the sands are more dangerous now than at any time in living memory.
Another jolly story is about the area’s first online soap opera, set in the fictional village of Cawthwaite.
Meanwhile, in the national news, the CQC cover up story continues …
Add these into the cartoon blender and you have the four ideas below. Rather gratifyingly, my steamed editor picked the one I liked best. I tidied up the artwork and off it went.
Then, lo at the absolute final deadline at 5.30, the phone rang. The cartoon had been pulled again. On consideration, it was decided that the cartoon rather undermined the quicksand safety campaign. It wasn’t really about the quicksand campaign but I got the point.
So we went for another. No time to redraw or do final artwork this week so what you see in the paper and over on my website is exactly as you see below, with a few tweaks to the caption.
Can you guess which one it was? Post a few comments below and then rush to my website to find out if you were right. 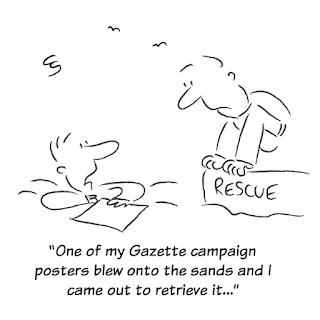 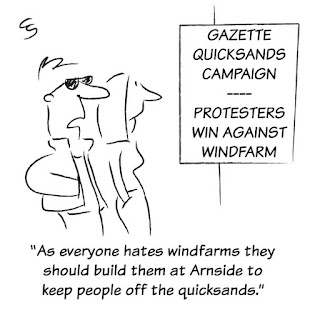 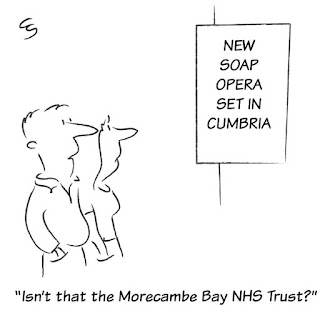 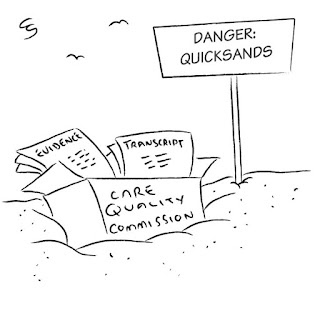