A cartoonist’s working life has an uneven rhythm. A fixed point of mine, for twenty-odd years, has been the front page cartoon for The Westmorland Gazette. The afternoon before press day, between 2.00 and 5.00, I know exactly what I’ll be doing - even if I don’t know the stories I’ll be working on until I start.
Within that three hours, there is another set of rhythms. The first hour is looking at stories, exploring ideas, the second is coming up with sketches to pitch to the editor - usually four - and the final hour is finishing the artwork, scanning it, manipulating it in Photoshop and firing it off to the sub-editors in Blackburn.
This week went slightly awry.It doesn’t happen often but when it does, it gets more exciting than usual.
The story I was concentrating on was about mountain rescue, increases in fatal accidents, the unpreparedness of walkers. As a walk book writer, it’s close to my heart and I wanted to comment on it.
First four cartoons (including one on another story) didn’t quite get there. The ‘brain’ cartoon was a bit too pointed given there had been fatalities. The UFO one …well, there had been a group of UFO-spotters rescued but it was buried on page 2 of the paper.
So try again. And numbers 5 and 6 didn’t work either.
By now, my normal, carefully-composed schedule had gone out the window and it was 4.35, with the deadline still fixed at 5.00.
Fired off cartoon 7. Hm … editor runs it past one or two others. Bit of debate as it isn’t, strictly speaking, a joke (newspaper cartoons don’t have to be, they’re allowed to make a point - ask Gerald Scarfe).
4.50 and number7 it is, giving me … ooh, ten minutes to finish it off. In the event, I was able to do this because it was drawn on the computer and needed little additional work before sending to print.
So, now you know which one got in. You can see it here on my website. And here are the seven candidates in full. 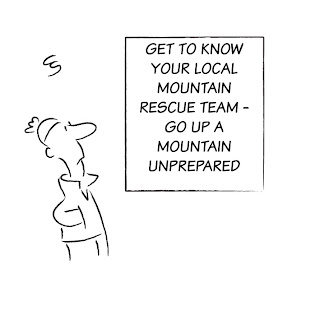 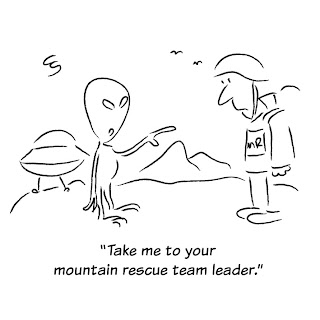 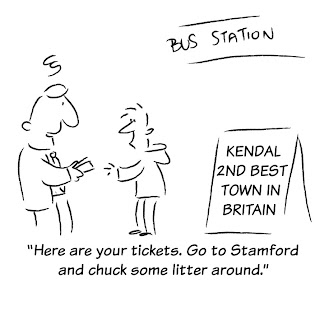 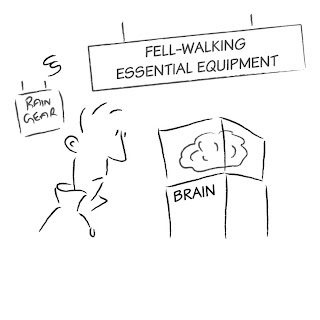 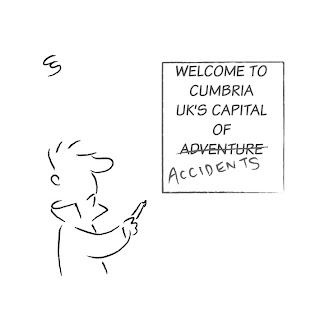 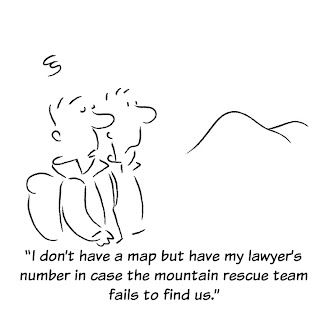 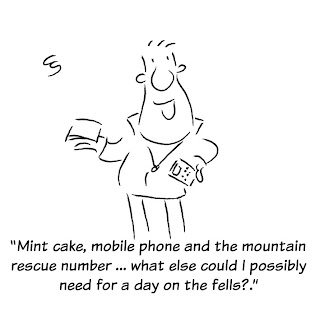