Your health is important. My health is important. I’d argue that my health is more important than your health but I think we’ve established the principle that, generally speaking, health is pretty important.
That’s probably why it appears in the news so often. And because politicians, administrators, managers and other unimaginative fiddlers keep interfering with it.
Morecambe Bay Primary Care University Hospitals Trust (re-arrange those words into whichever order they’re using them this month) has announced that it has a £30m shortfall in its budget. So it has announced economy measures. These include booting patients out at night, employing boy scouts as anesthetists and switching off computers at bedtime (only one of those is invented).
I have a long history of drawing cartoons about the Health Trust for The Westmorland Gazette. I’ve done most of the obvious ones - “it’s condition is critical” - so don’t react with total glee when the Trust features as the front page story.
But there are always more jokes to be mined and here are seven of them.
You - yes, you, ill or not - can say which you think should have gone on the front page by adding a comment below.
Then take up your crutches and hobble over to my website to see if the Gazette’s editor agreed with you. 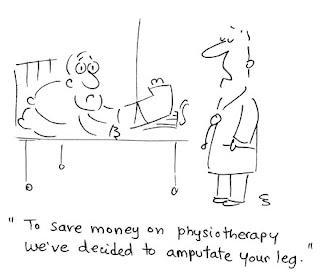 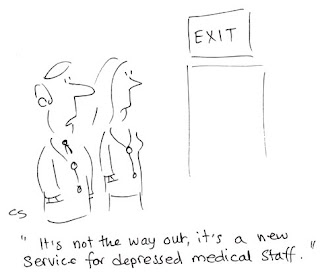 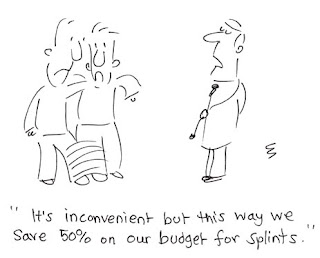 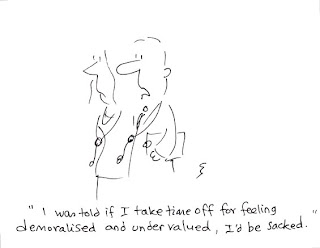 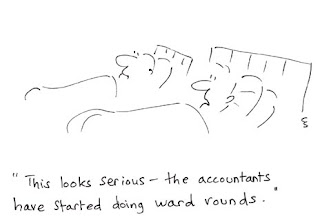 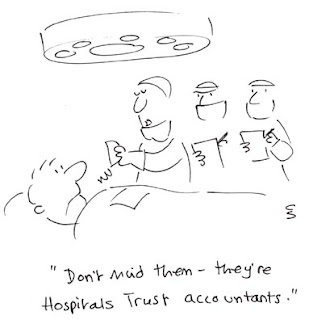 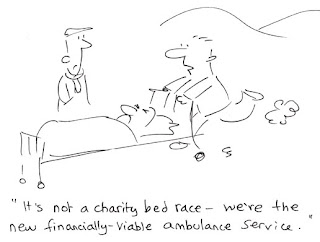 Posted by Colin Shelbourn at 15:36