The Hives Are Alive

Another week with a serious story dominating the front page of The Westmorland Gazette, so the cartoonist beat a retreat inside in search of stories this week. And a rich feast lay therein.

A swarm of bees the size of a football field (or possibly just a football) was spotted locally, menacing the innocent by sitting on a stone wall and not doing anything. Before a mass panic broke out, an ace apiarist was summoned who took them (the bees) away and found them a new home.

Mountain Rescue teams are again campaigning to have VAT refunded on some of the vital equipment they use in rescues. Being volunteers, they aren't allowed to claim for much of their gear.

And South Lakeland District Council has issues new by-laws for dog walkers which are, to say the least, a tad complicated.

Which cartoon did my esteemed editor go for?

Which one will you select?

Place your vote in the comments box below (as opposed to Twitter, Facebook or in a bottle thrown out to sea) and then sail over to my website to see if you were right.

PS Cartoon 5 has nothing much to do with anything but my steamed editor and I once wrote a play about mountaineers. In it we featured a rescue team leader based on Brian Blessed who we called, rather imaginatively, Brian. And yesterday was the Everest anniversary, so … 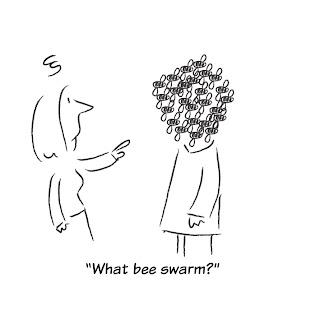 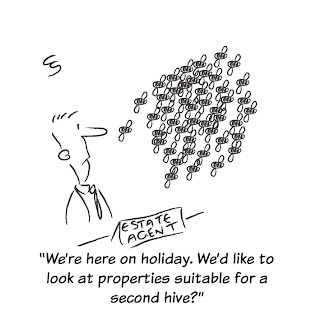 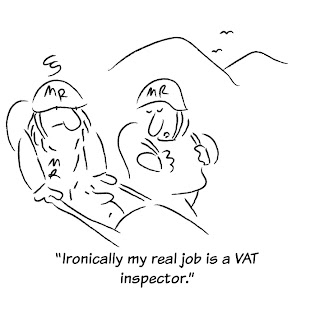 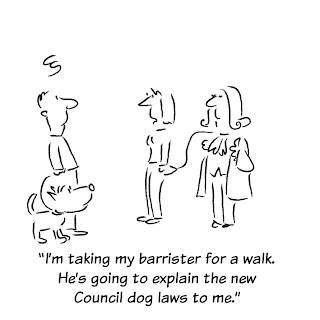 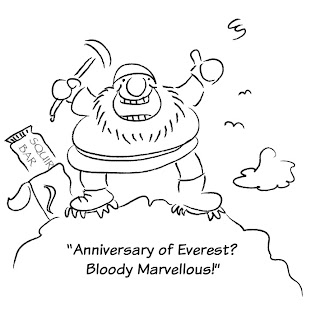 PPS The message in a bottle link is really cool. But I expect you already discovered that.
Posted by Colin Shelbourn at 06:00