This is the second of my Kenya sketchbooks. You can see part 1 here and part 3 here.

The safari part of our trip was undertaken in a trusty Toyota Land Cruiser. We also towed a trailer full of bikes and cycled through Hell's Gate National Park and alongside Lake Bogoria. Cycling is much more interesting when you know that, however fast you pedal, the cheetahs can still outrun you. 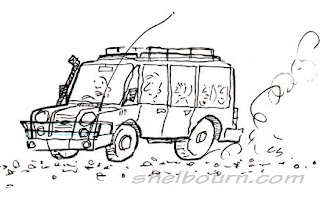 A safari vehicle isn't the best platform for sketching but here are a few figures seen along the roadsides. 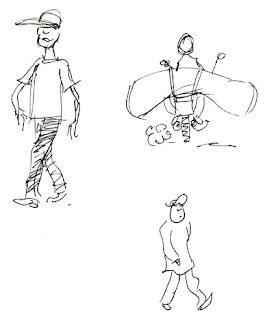 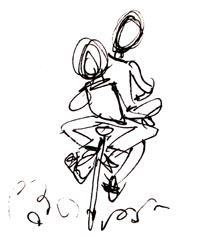 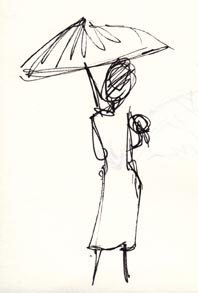 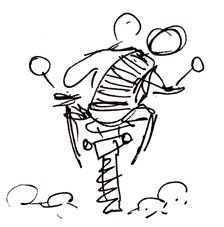 Kenyan cyclists are nothing if not ambitious. This one was transporting a sofa. 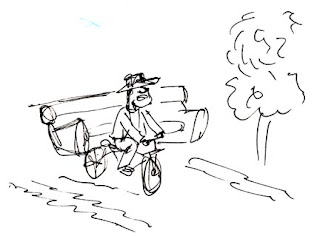 One regular form of taxi is the three-wheeled TukTuk. So called because of the racket its two-stroke motor makes, although tuktuktukBANGshuddertuktuk would be a better name. 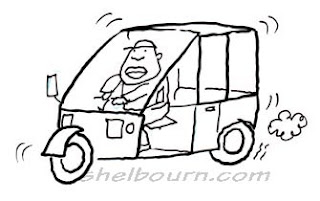 Rather excitingly, whilst we were in Kenya, half of Nairobi Airport burnt down. (You may have missed this news in the UK media as David Cameron took of his t-shirt that week.)

My hopes of an extended holiday were cruelly dashed when they got the International Terminal up and running again within a couple of days. This was the departure lounge, aka the cargo hanger. 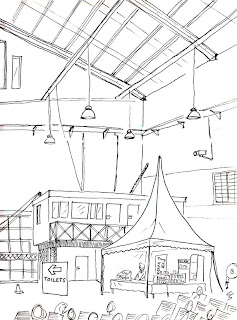 After the safari, we headed to Watamu on the Kenyan coast. Malindi Airport is extremely interesting, especially the luggage carousel. 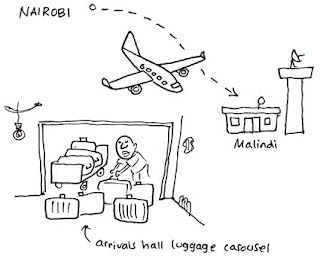 The contrast between the resort we were staying in and conditions just outside the walls couldn't have been more stark. The local village consisted of corrugated metal huts and the kitchen was often a fire by the roadside. 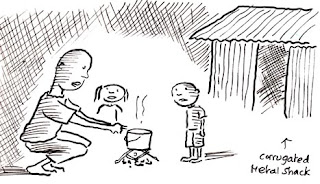 Meet our resort askari, who was probably ninja trained … 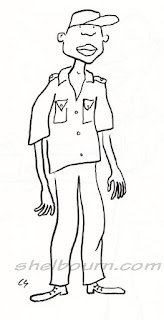 The area around Watamu beach is a marine national park.

With some misgivings, I was persuaded to have a go at snorkelling at the coral reef. This was harder than it looked, for several reasons: (a) I am not a natural swimmer (b) the ocean has no handrail and goes up and down and (c) everyone lied and it was cold.

Our boat captain - who claimed he was called Captain Banana, which I hope was a reference to his yellow t-shirt but possibly not - saved my dignity by lending me his floatation vest. This turned out to be one of the finest 40 minutes of the trip … 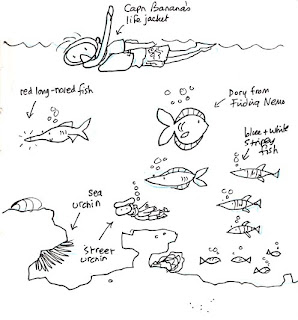 Click on any of the illustrations to see the full, HD version.