August is the month for irrational beliefs.
Last week, we discovered that Manchester United red will deter seagulls from landing on your roof.
This week, we find a set of wooden, carved fertility symbols arranged in a circle in a well-known Lakeland holiday park. Known as ‘fertility henge’, they’ve become the subject of some excited gossip on Twitter.
The Park owners are quick to deny it is anything of the sort, claiming that they’re purely artistic erections and seeing them as anything else is down to the fertile imaginations of visitors.
A fine subject for this week’s Westmorland Gazette cartoon but one which presented a few problems for my steamed editor. Three problems, to be precise - the sketches he deemed unstuitable for a family newspaper.
Here are the five ideas I submitted. (If you're feeling a little under-endowed in the eyesight department, click on each cartoon to make it bigger.)
Can you spot which ones made him go white? And which would you have chosen to grace the front page?
Please add your comments in the box below and then you can see the final choice on my website. 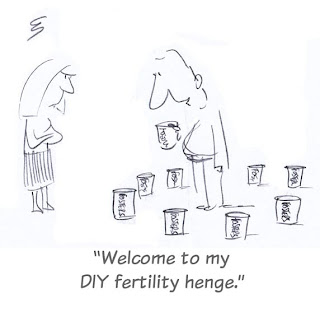 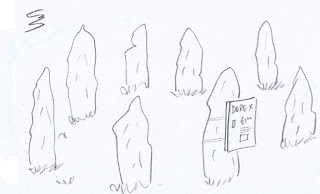 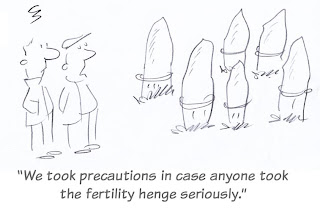 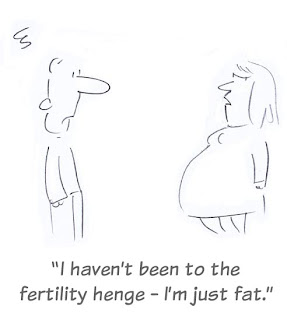 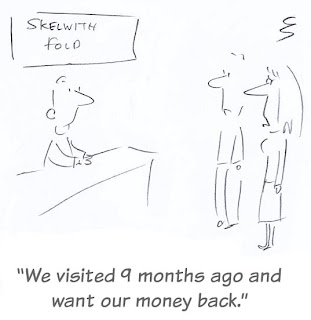 Posted by Colin Shelbourn at 18:36